Teya Wild is a Canadian dancer & choreographer as well as an actress. Over these years, Wild has worked in numerous TV films & TV series portraying the role of a dancer, which includes Riverdale (2017), The Twilight Zone (2019), and Descendants 3 (2019). Professional for over 15 years as a dancer and choreographer, her skills are indeed pushing her up to the peak of success.

In 2011, she appeared in Season 4 of So You Think You Can Dance Canada, earning her worldwide attention to many international opportunities. Teya has performed in 2013 MuchMusic Video Awards, BET Awards 2016, and The 59th Annual Grammy Awards  (2017).

Wild was born in 1988 in Vancouver, British Columbia, Canada, to Canadian parents. As of August 2020, Teya is 32 years old & has a height of 5 ft. 5 inches. Since a young age, Teya Wild was fond of acting & soon found her passion for dance; she expertise in various styles such as jazz, lyrical, theatre, contemporary, and hip hop.

She is a Royal Academy of Dance (RAD) graduate with Ballet Honors.

By the age of 12, Teya Wild appeared in the TV film A Storm in Summer (2000) as Hopscotch Girl. But it was 2011 when she turned professional and appeared in TV series Hellcats and TV special A Russell Peters Christmas Special. Also, in 2011, she competed in Season 4 of So You Think You Can Dance Canada, where she patterned with Kevin Howe and Dwayne Gulston, before elimination in Week 3. 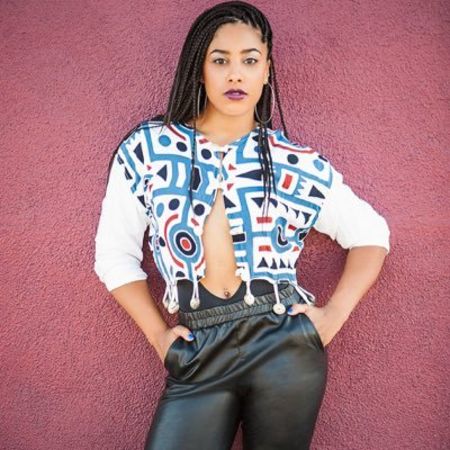 CAPTION: Teya Wild's major breakthrough came in 2011 after competing in So You Think You Can Dance Canada (Season 4) SOURCE: Twitter @TeyaWild

Currently, Teya works as a judge and adjudicator in many dance competitions across Canada. Moreover, she is a dance & choreographer in Canada as well as in the USA. Wild has worked with Hollywood's leading choreographers like Luther Brown, Aakomon Jones, Draico Johnson, Nappytabs, and Rosero McCoy.

Moreover, she has associations with Go 2 Talent Agency and da Costa Talent Management.

As per IMDB, Wild will star as a dancer in her upcoming projects Julie and the Phantoms (2020, post-production) and The Christmas Chronicles 2  (2020, filming).

No official report on Teya Wild's dating story or boyfriend ever has made highlights. Also, she is never married. Meanwhile, the Canadian choreographer in her early 30s is low-key about her relationship status, alleging a tag of 'single' on self.

On her Instagram account (@teyawild) with 15.5 K followers as of August 2020, she mostly shares posts of her projects & chill moments in with her friends. Also, an avid user of Twitter, Teya has 2,019 K followers at the moment.

Teya Wild has devoted her life to dancing & works as a choreographer as well as a judge. Already with 15 years stint in dancing & expertise in wide dance-forms, Wild has collected a notable sum of money. Online sources cite that the Canadian-born dancer has a net worth of $200,000 as of August 2020.

Currently, Wild resides in Los Angeles, California, and also travels back & forth in Canada. In the United States, a choreographer's annual salary ranges between $26,000- $57,000, while the average payroll is $38,921. So, experience & honored figures like Teya Wild can earn much more.