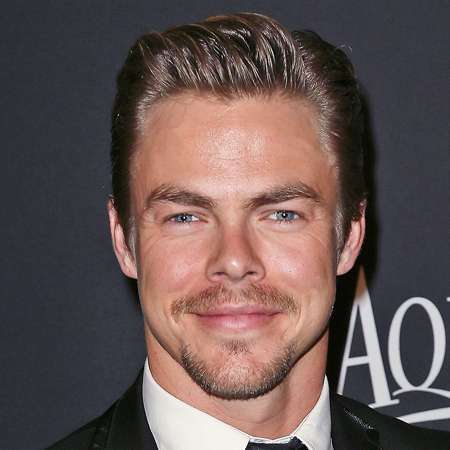 Derek Hough is a multitalented personality of American nationality. He is a choreographer of Latin and ballroom dance and is also an actor, singer as well as a songwriter. He is a professional instructor of the dancing show Dancing With the Stars and has been instructing in the show for since the fifth season. He is the recipient of two Primetime Emmy Awards for Outstanding Choreography owing to the incredible dance routines he has showcased on the show. He was born on 17 of May, 1985 to mother Marianne and father Bruce Hough.

Growing up in a family having four sisters, he grew up in a background influenced highly by dance. He thus began dancing since a very small age and was sent to London to live and study since the age of 12. He was thus schooled in the Italia Conti Academy of Theatre Arts and received training in tap, jazz, ballet, gymnastics, theater and song. He also went on later, to teach at the academy he studied in.

As far as Hough’s career is concerned, he has appeared in several stage productions like Footloose: The Musical which was a 2006 musical production. He also appeared in the 2015 production of New York Spring Spectacular which was shown in the Radio City Music Hall in the New York City. He also appeared in Make Your Move, a dance film and also in the musical drama Nashville. He is a former IDSF World Youth Latin Champion. He is also the recipient of the Blackpool u-21 Latin title. He is known best however, for being the instructor in Dancing with the Stars.

As far as his personal life is concerned, it has been the subject of constant scrutiny along with his career. He was dating girlfriend India de Beaufort of 2000. They were together for eight years, until 2008. They split up after problems came up in their relationship and he then started dating Shannon Elizabeth next. They dated from 2008 to 2009. He started an affair with Cheryl next, on 2010. This relation lasted for just a year until 2011. At around 2011 he was reported to be in a relationship with Lauren Conrad. After this, actress Nina Dobrev was his girlfriend on 2013. They too split up soon after and he was rumored to be dating Nikki Reed. As of now, he is rumored to be dating Kate Hudson but the relationship is not confirmed yet.

This incredible award winning dancer has a reported net worth of a whopping 3 million dollars that can be attributed to his dancing skills. In Dancing with the Stars, along with other instructors, he too gets a weekly salary of 5000 dollars which gets increased more as they remain in the competition. He has a height of 5 feet and 10 inches and an incredible body which appeals to his fans.