Tayshia Adams, 31, and Zac Clark, 37, are another Bachelorette couple to partway almost after a year of a relationship after after Corinne Olympios and Vincent Fratantoni. The got engaged couple on the show could not make it to the wedding.

Today, we are here to talk about what went in Adams and Clark's engagement? How beautiful was their love journey?

Reality couple Tayhsia and Zac are no longer together. The couple met for the first time on the series The Bachelorette Season 16 in 2020. The 31-year-old came into the American reality television dating game show as the new leading lady.

The couple got engaged after Adams gave Clark her final rose during the Final Rose Ceremony to propose to her. On the "Almost Famous" podcast, the former shared about her feelings on when she was away from her then-fiancé to host The Bachelorette Season 17 alongwith Katie Thurston. 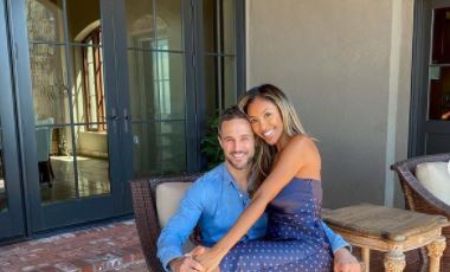 Everything was going well between the pair, who were heavenly in love. Later, the 37 years old's was very controlling behavior started to create problems in their relationship. As per the report, Zac started being more possessive for Tayshia when she became more popular after her Bachelorette season.

Though Tayshia asked Clark to work on his behavior, there were no changes in his nature. He started hating if she even traveled for her work. Later, she felt he seemed to be jealous of her success. Though there were issues in their personal life, they tried keeping a happy face in front of the public.

After the charm in the Bachelorette's couple started fading, both of them realized that they were never meant to be. With the rising problems, they grew apart over the last few months.

On November 16, 2021, the news of their calling off their engagement started spreading when Tayshia was spotted without her engagement ring, walking the carpet all alone at the New York "House of Gucci" premiere.

Making the ongoing rumor seems true, she even liked an Instagram (@thegoodquote) post that says, "Finally I realized that I was never asking for too much. I was just asking for the wrong person." 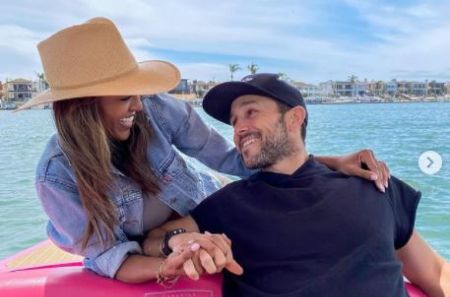 Currently, The Bachelorette host made an emotional confession about being heartbroken after ending her relationship with now-ex fiance Clark during the special episode, "Men Tell All," which aired on Monday.

The episode was really special to Tayshian as she had something to say and also an opportunity to confront her about her unsuccessful episode. She said:

"All in all, all I have to say is that I'm heartbroken," the season 16 Bachelorette said. But we tried really hard, and I still love him very much. And I'm not sure that the future holds."

After the emotional confession, her fellow co-host Kaitlyn Bristowe offered her support, saying the only thing they want is Adams' happiness, and they are there for her everywhere. 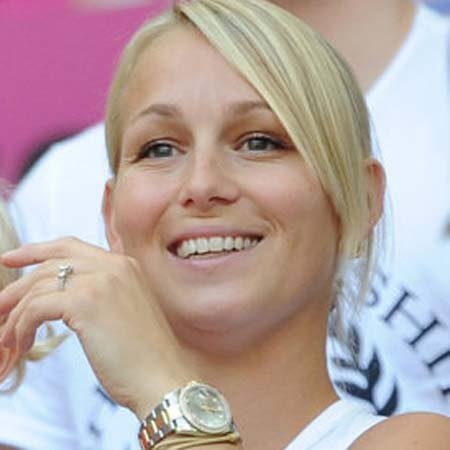