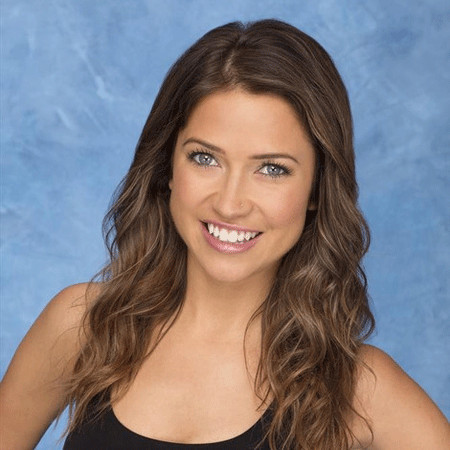 Bristowe was born on June 19, 1985, Leduc, Canada. She was born as the younger daughter of her mother Leslie Hipkin and father Mike Bristowe. According to source her parents got divorced many years ago. And her mother got married again in September 2014.

She spent most of her childhood living on her birthplace in Leduc, Alberta, Canada. She is also a professional dance trainer, singer, and model. Her nationality is Canadian. And she has one older sister Hailey Jane.

She left her small hometown after she won a dance scholarship and moved to Vancouver, Canada. There she became a spin cla s s instructor. She has maintained her as a multi-dynamic personality as being featured as a model in the music video "It’s a Love Song” by The Buried Life.

Though being one of the strong contestants she was eliminated on ninth week of ABC’s reality dating show The Bachelor.  From thereby she maintained her celebrity image.

After she returned again on the 11th season of The Bachelorette where she was introduced in the lead of the show, from the time she got both name and fame from all around the world.

This television star meets Shawn Booth at the American Broadcasting Company's reality dating game show The Bachelorette where they know each other. As the game show was based on meeting 25 men with women and narrowing them to single guy who can rule her heart, Shawn Booth stood up as the winner of the eleventh season where he left behind Nick Viall.

Kaitlyn Bristowe's net worth is $2 million at present context as her value has increased appearing in lead role in 2015 Bachelorette. According to fullnetworth.com, her previous net worth was about $ 100,000.

She is very popular in the social site; her popularity was reflected as her reality game show The Bachelorette was nominated for Teen Choice Award for Choice TV. She is also being followed in Twitter with a fan following of about 40 thousand where she tweets regularly.

Bristowe is also highly active on Instagram where she regularly uploads photos of her and her love Shawn. She seems to be active also in Facebook.

Kaitlyn was highly attached and picked Shawn Booth, later they were engaged when at season finale Shawn proposal was accepted by her. There is no any sign of their marriage as they are very satisfied with their relationship. Often they face many questions about their marriage they remain silent which also proves their unplanned relationship about getting married.

Except for the relation with Shawn Booth, there is no any information about her previous affairs and relationship. She seems to be very happily engaged with Shawn they are seen together publicly hanging out and attending parties and talking about their healthy relationship with media. She had shared and uploaded her photo with his beloved love Shawn in the various social sites.