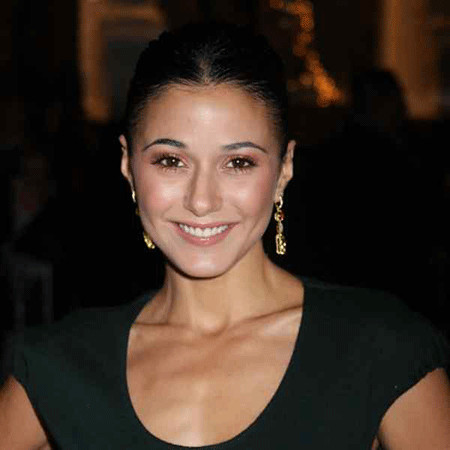 Tahnee Welch is a famous American actress and model. Daughter of the legendary actress, Raquel Welch, Tahnee started her film career in Italy starring opposite Virna List in Amarsi un po’.. and appeared in a few Italian and German film and television productions. She made her Hollywood debut in Ron Howard's Cocoon in 1985. She appeared in several American independent movies since then such as Search and Destroy, Shot Andy Warhol, and Sue.

Tahnee Welch was born Latanne Rene Welch on the 26th of December, 1961 in San Diego, California, the United States of America under the birth sign Capricorn. She was born to her father James Welch and mother Raquel Tejada. Her mother is a legendary actress known for roles in the movies like Myra Breckinridge, 100 Rifles, Bandolero!, Bedazzled, and others.

Welch did not share a good bond with her mother. Though she wanted to be a superstar like her mom, she was not happy being a celebrity kid. She said:

“It was difficult growing up as the child of a famous mother.”

Because of the work commitment, Raquel was not able to give full attention and time to her daughter and she mostly left Tahnee with nannies which were why there was never any special connection between them like we usually see in any mother-daughter relationship.

Tahnee Welch has a younger brother, Damon Welch who is also an actor known for his appearance on Biography, Intimate Portrait. Welch spent most of her childhood days in England, Spain, and Italy. Finally, she returned to an all-girls school in the United States of America. At the very early age of sixteen, Tahnee Welch left home and dropped out of school.

Though her parents were not happy with her decision, she chose that path to focus mainly on acting.

After leaving home, Tahnee Welch backpacked around Europe. She used to do some odd jobs as a housemaid and a hairdresser there. She also has worked as a clerk in a boutique. After a couple of years, she moved to New York and started to study acting there New York.

Tahnee Welch's acting career took off in Italy after being cast in the lead role in the Italian film Amarsi un po’..(1984). In her first movie, she was cast opposite famous and beautiful Virna Lisi.

After that, Tahnee Welch returned to New York. As soon as she returned to New York, she was cast in Ron Howard’s summer blockbuster Cocoon (1985). The film was a blockbuster but Tahnee Welch wanted to continue her career in Germany and Italy. She starred in the mini-series Disperatamente Giulia (1989)  and enjoyed great success there. It was directed by legendary theater actor and director duo Enrico Maria Salerno.

She was last seen in the 2000 sports drama film, Body, and Soul starring Jennifer Beals, Michael Chiklis, and Rod Steiger and is not active in the entertainment world since then.

She has many upcoming projects from which we can assume to see a rise in her net worth in the coming future.

Tahnee Welch had a serious romance with her boyfriend Luca Palanca. The two met when Welch was working in the kitchen of Joe and Joe’s Pizzeria. They were an item for a few years.

In 1991 she married a TV actor Jared Harris- son of actors Richard Harris and Elizabeth Rees –Williams.  The couple held a close ceremony inviting only close family and friends. The couple was together for five years until they divorced in 1996. She does not share any children with her former husband Harris.

As of 2018, she is living under the radar and no news related to her personal affairs is available.