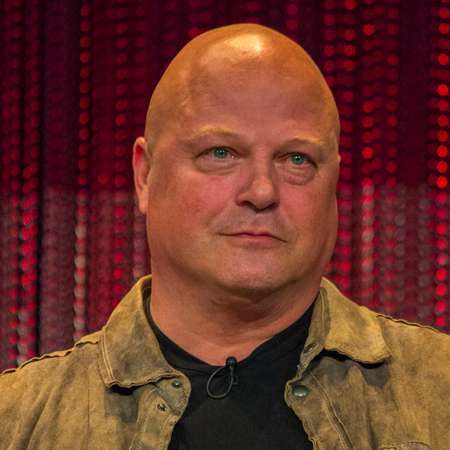 Michael Chiklis is an American director, actor, and television producer. He was born on August 30, 1963, in Lowell, Massachusetts. He is a proud son of Charlie Chiklis who runs a beauty salon and Katherine who is a hospital administrative aide. He grew up in Andover, Massachusetts along with his siblings. Even in his childhood he was interested in acting as he became the member of Actor's Equity Association only at the age of thirteen.

He graduated from University College of Fine Arts and received a Bachelor of Fine Arts. After his graduation, he moved to New York City to fulfill his lifelong dream of becoming an actor. He is best known for his role as an LAPD Detective Vic Mackey on the FX police drama "The Shield". He even won a Primetime Emmy Award for Best Actor for his performance in the show. Not only that he became a household name after his amazing performances in the ABC drama "The Commish", "The Thing" and also in the Fantastic Four film series.

Chiklis has also taken up few voice roles such as in Spirited Away as Chihiro's father Akio and also performed in few episodes of family guy. Additionally, he also performed as Vincent Savino in the crime drama Vegas. In the year 2014, he joined the cast of American Horror Story for its fourth season and also as Nathaniel Barnes for the second season of Gotham, as a series regular

Chiklis married to his longtime girlfriend Michelle Moran on June 21, 1992, and have two beautiful daughters together and one of them Autumn was born on October 9, 1993 and Odessa in 1999. His daughter Autumn is also an actress. She even played on his show "The Shield" as his on-screen daughter. He said that his little girl is not to witness any savagery on the show and is to be kept separated from all scenes aside from the scenes she is in.

Not only an actor he is also an accomplished musician as he has specialized in vocals and drums but also love to play guitar and bass. He is a member of few bands in the Boston like Best Kept Secret, The Surgeon General, and Double Talk. Michael and his band members released their first song "Till I Come Home" which was a tribute to the soldiers overseas. The song was critically acclaimed and was used in the famous TV series Modern Family.

Chiklis is a multi-talented actor his works are praised by many famous and brilliant actors. His performances in his films and shows are amazing and breathtaking. He is also very good looking with a charming face, a height of 5 feet 7 inches and normal weight. He is one of the best actors with the estimated net worth of $25 Million with a salary of $125 thousands per episode. To know more about him including his personal life, new show, wife, children, movies, songs you can found them on Reddit and other sites.