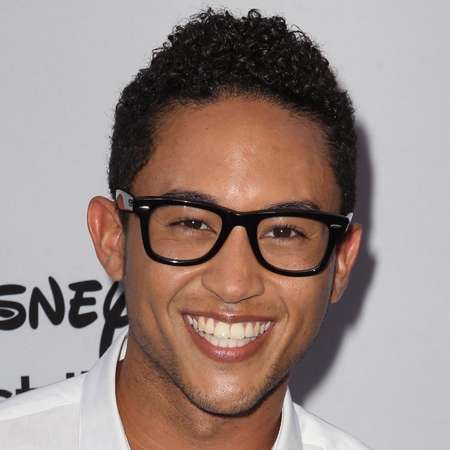 Tahj Mowry is an actor known best for his portrayal of Tucker in the ABC comedy show Baby Daddy. He is also known for his roles in the series Smart Guy and Kim Possible. His twin sisters Tia and Tamera are also popular TV and film actor.

He made his acting debut in a TV series Who’s the Boss in 1990. Following year, he played in an indie movie Rappin’ N’ Ryhmin’. From 1994-97, he appeared in a sitcom Sister, Sister alongside his twin sisters. He also lent his voice in an animated series Aladdin from 1994-95.  He later played a ten-year-old super genius Wade Load on Kim Possible in 2003. He is not dating anyone as of July 2018.

He was born on 17 May 1986, in Honolulu, Hawaii. He was born to mother Darlene Renee Flowers and father Timothy Mowry. Her mother is a housewife and his father is a police officer.

Her father was in the US Army and later the family transferred to California after he became a jailer of the City of Glendale Police Department. He has three siblings, two sisters and a brother. He has twin sisters Tia Mowry, Tamera Mowry and a brother Tavior Mowry.

He is a multiracial, his father is from English ancestry and his mother is of Afro-Bahamian descent. His parents were U.S. Army Sergeants. He studied at Westlake High School.

He played football during his high school years. He then studied in the University of Wyoming and graduated from the Pepperdine University in Malibu, California where his sisters Tia and Tamera both graduated.

Tahj rose to fame came after he was cast into the role of T.J. Henderson in the sitcom Smart Guy. This role earned him critical acclaim and he appeared next in several movies like Hounded and The Poof Point.
He played Teddy on the television show Full House and also appeared in some episodes of The Suite Life of Zack and Cody.

He also appeared in other movies like Star Trek: Voyager and Are We Done Yet. His guest roles include starring in Desperate Housewives, The Game and many more.

He’s also a singer. He sang for The Lion King and featured with Florida in the song Kick It Out. He appeared Tucker Dobbs on the sitcom Baby Daddy from 2012-17.

He also earned several award nominations for a number of awards including the Young Artist and Teen Awards. His new film Welcome Matt will release at the end of 2018.

Tahj Mowry's Net Worth And Salary

Tahj Mowry’s net worth is $1.5 million, as per The Celebrity Net worth, as of July 2018. He earns a huge amount of money from his acting career. He is garnered this amount of figure from his numerous hit TV series including Baby Daddy, Full House, Star Trek: Voyager and Sister, Sister. His two actress sister, Tia Mowry's net worth has $8 million net worth and Tamera Mowry has $4 million net worth.

He has endorsed numerous brands like Space 58 Commercial, McDonald’s commercial, a Pine-Sol commercial etc. He appeared in a family comedy film Are We Done Yet starring Ice Cube which collected $58.4 million at the Box Office.

Unmarried Tahj Mowry is not dating anyone publicly as of August 2018. He previously dated a couple of women. He was in a relationship with Aleisha Allen from 2003-07. Then, his name was linked to Erica Campo. In 2013, the duo spotted on a steamy vacation in Bali.

Unfortunately, the couple separated after some months together. Since then, he has not involved in a relationship with anyone to date. Mowry is active on Instagram. His Instagram is filled with his personal images and professional images. He also has a pet dog. He is close to his siblings.

He seems to focus more on his career and has been out of the dating arena for a while now. He seems to be waiting for the right girl to come along before dating again. Aleisha was her girlfriend only for four years as they separated in 2007 due to problems in the relationship. After their breakup.

Tahj Mowry Shows Off His Prized Possessions & More At Home.