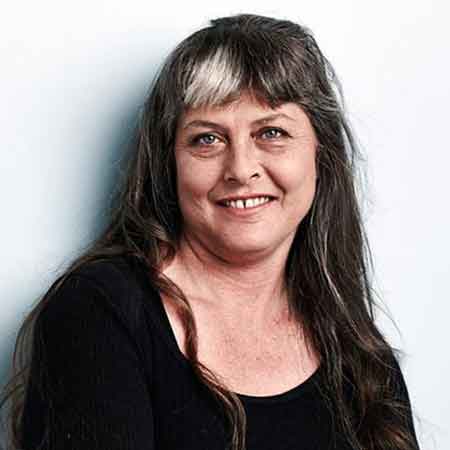 The reality star Sue Aikens is one very secretive celebrity who keeps all her private life behind the curtains. Thankfully, she is much active when it comes to her professional commitment. Life Below Zero star Aikens frequently promotes her reality show on her social media accounts on Facebook and Twitter. She has been part of the show for many years now and is the main cast of the reality series Life Below Zero.

Sue Aikens was born on 1 July 1963 in Chicago, Illinois. According to her date of birth, her zodiac sign is Cancer which defines her as a systematic and discerning person.

Besides her date of birth, there is no detailed information about Aikens' parents, siblings, and education. She was raised without her mother as her mother left her father while Aikens was just a child.

Sue Aikens was leading a normal life before appearing on the screen so there are no reports regarding her early career. For her television career, she appeared in the reality show Sarah Palin’s Alaska in 2010. Following her television debut, Aikens notably starred on the documentary television show Flying Wild Alaska from the year 2011 to 2012.

As of 2018, she runs an exploration camp, Kavik River Camp, which provides accommodation in summer.

Life Below Zero star Sue Aikens is enjoying a decent professional career for a long time now. For her appearance in the reality series Life Below Zero, Aikens is definitely paid a handsome amount of money, however, there is no information about her net worth.

According to multiple online sources, Aikens has an estimated net worth of $500K. Though there is no factual information about her net worth, Aikens definitely has her net worth figure in $6 digits.

Reality star Sue Aikens is unavailable regarding her personal affair. She has revealed very little information about her private life. As for our concern, Aikens is single and is focused on her profession rather than engaging with someone.

As per some sources, the star was previously married three times. Aikens' first and second husband passed away and she parted her ways with her third husband. This very little information about her marriage came as a reply to a fan's ill-mannered comment on Aikens' Twitter.

From her previous relationships, the reality star Aikens is a mother to her three children; two daughters and a son. All her children are doing a good job for themselves and are living a happy married life with their family.

Besides, in 2007, she was attacked by a male bear, which left her limbs severely injured.