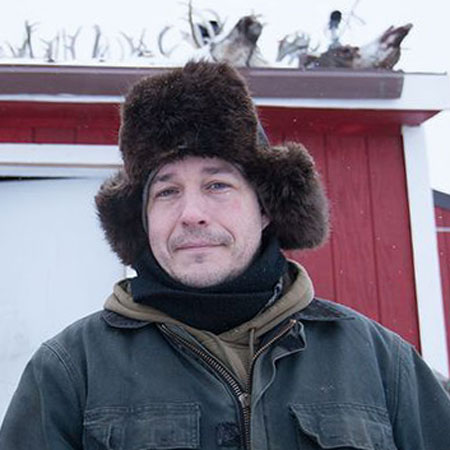 Chip Hailstone is a hunter, trapper, reality TV personality, harvester, and crafter as well. Hailstone is better known for his appearance in the reality show Life Below Zero on the National Geographic network. The show illustrates the daily and seasonal activities of subsistence hunters when they hunt for food in the remote area of Alaska.

He was sentenced to 15 months in Anchorage Correctional Complex, in July 2017. Hailstone is married to his girlfriend Agnes Hailstone for more than 26 years and has seven children. The family of nine currently resides near the Kobuk River in Noorvik.

The reality TV personality Chip Hailstone was born Edward V Hailstone in 1969, in Kalispell, Montana, the US to Daniel Franklin Hailstone and Mary Lois Hailstone.

Hailstone spent most of his early life in his hometown Kalispell along with his family. As a child, he used to hunt and go fishing in his hometown of Kalispell. Regarding his ethnicity, Hailstone is of White-American ethnicity and holds an American nationality.

During his late teens, 19 years old to be exact, which would be in 1988, Hailstone visited Alaska. As fate would have it, Chip’s visit soon turned into an unplanned permanent stay in Noorvik, a small city of roughly 700 inhabitants.

Over 25 years, Hailstone came to visit Alaska from Kalispell, and he never looked back. He had no plan to stay there, but the chance to hunt and craft appealed to him. At that time, he met his wife, fellow hunter Anges, a native of Alaska. Currently, he spends his life along with his family. 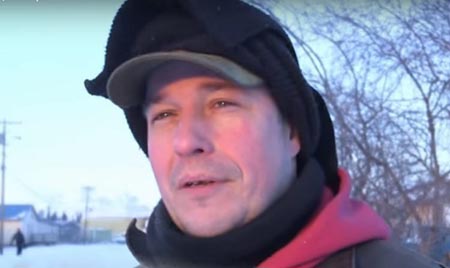 Hailstone is a skilled hunter and uses his antique rifle as well as rocks to hunt in this remote area. He has been hunting, fishing, gathering raw material, skinning, harvesting, tanning, and crafting for the past two decades.

Career: Appeared in 'Life Below Zero'

Hailstone is also one of the cast members of the reality series ‘Life Below Zero,’ airs on the National Geographic Channel. The show follows him and his family who make their living in remote areas of Alaska.

The show also won a number of awards like 68th Primetime Creative Arts Emmy Awards and more. It is currently premiering its 11th season. He appears in the show along with Sue Aikens, Glenn Villeneuve, Jessie Holmes, Andy Basich, and Erik Salitan.

Because of tribal and federal hunting legislation of which Chip is bound, he cannot hunt marine mammals as they are reserved only for local natives. While his wife is a tribal member, marriage to her only makes him her husband and nothing more.

Chip Hailstone is one of the skilled trapper, hunter, fisher, and is also a reality television personality. According to Celebrity Net Worth, Chip and his wife Agnes have a total net worth of $100K, as of June 2019. It has also been reported that his salary from the show is estimated at $45,000 a year.

They also use parts of the animals like skin, teeth, and bones to make arts and crafts to sell which is also the major part of his net worth. They are followed on the reality series, ‘Life Below Zero,’ aired on the National Geographic Channel. IMDb has rated the show 8.1 out of 10.

Chip along with his family lives near Kobuk River in Noorvik and also they use to migrate seasonally. They hunt the animal for food and utilized the non-edible part to create some craft. They trade the craft for money and mostly they trade ina barter system.

The ‘Life Below Zero’ star Hailstone also faced some serious legal problems in his life.  In 2012, he was charged and convicted on two counts of making false statements to police officers and two counts of perjury. Hailstone claimed that a state trooper assaulted his then 17-year-old daughter, Tingmak physically.

According to the Arctic Sounder, Hailstone said in an interview that the topper placed his daughter into a submissive hold when she stretched her arm out. And later he filed an appeal for his perjury convictions for a restraining order for his daughter. In another interview with The Bristol Bay Times, he said,

Really, I’m just looking forward to getting this dropped

The anxiety for the past two years has been nuts, especially for Tinmiaq [daughter] and Agnes. I can’t wait until that’s gone

As a result, he wasn't able to become part of the show’s premiere at the time and his family hunted without him.

In another incident, Hailstone claimed that someone pointed a rifle at his daughter. As of July 2017, he spent 15 months in jail in the Anchorage Correctional Complex.

He Was Once Arrested

Hailstone released from jail but his fans still confused about why Chip (real name: Edward) went to prison in the first place. They also pleaded for him to the media outlets as well as with President Donald Trump to help Chip Out.

Do any of y'all watch Life Below Zero? Chip caught a case & left Agnes with all them kids?! Clearly I haven't watched in a while," one viewer tweeted earlier this year. Another equally confused fan pleaded with President Trump to help Chip out, "Mr. President seen your justified pardons first to people who deserve them. Chip Hailstone of Life Below Zero should be considered. He spent year in jail for lying to police. Please study his case and act.

Following his return, Chip said on the show,

"I'm going to have a good time because I missed out on this last year."

As of now, Chip has continued his role in the reality TV series.

Chip Hailstone is a married man and has seven children. He has been married to Inupiaq native of Alaska, girlfriend, Agnes Hailstone for more than 26 years.

They started dating when Chip came to visit Alaska from Kalispell for the first time over 25 years ago. 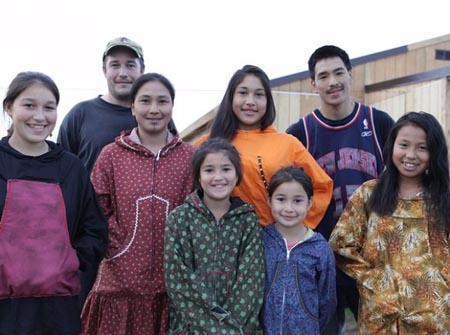 Their daughter Iriqtaq has done her high schooling in the year 2015. She and her younger sister Mary were also heavily involved in sports during their school. She also became her team's basketball captain in her freshman year.

Love Story: How He Met His Wife?

The two first met in Alaska, after Chip moved there from Kalispell, Montana. The couple, along with seven children, lives a traditional Inupiaq subsistence lifestyle in Noorvik, a small town with a total population that’s less than 700 people. The below video describes his controversial life.

The entire family participates in hunting, fishing, harvesting, and crafting the animal remains to trade and barter. Hailstone along with his family hunt bear, bison, caribou, wolf, fox, wolverine, walrus, fish, waterfowl, even whale, and seal.

The Hailstones are among the 6 families whose lifestyles are documented in the National Geographic reality TV series Life Below Zero.