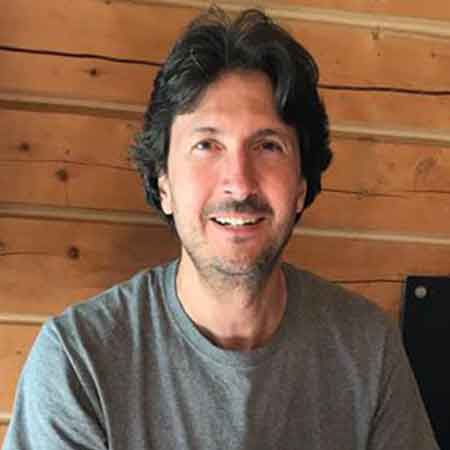 For the viewers of the reality TV show 'Life Below Zero', Glenn Villeneuve, an American nomadic hunter & survivalist is indeed a  familiar face. Villeneuve moved from Burlington to Alaska in 1999 & currently lives in an isolated life in the severe cold climates of Chandalar, 200 miles north of Fairbanks, Alaska and 65 miles North of the Arctic Circle in  Alaska.

The reality series features the other 6 casts, showcasing the survival instincts & challenges in life, struggling with wilderness & the extreme conditions. The father of 3 is married twice & often gets a visit from his second wife Trisha Kazan & his family who live in Fairbanks, which is also showcased in the TV series.

Fascinated With Wilderness Since Childhood

Glenn Villeneuve was born on August 18, 1969, in Burlington, Vermont which lies in the northeastern United States. He has a brother named Neil Villeneuve. As of early January 2020, Glenn is 50 years old.

As a child, Villeneuve spent most of his time in forests and mountains rather than school. He acquired important lessons in life by reading and travelling.

Later, at the age of 30, he moved to Alaska in 1999 to challenge his survival ability & has lived there ever since.

In 2013, the BBC discovered Glenn Villeneuve and later added up the other 6 casts: Sue Aikens, Chip Hailstone, and Agnes Hailstone, Jessie Holmes, Erik Salitan and Ricko DeWilde that led the creation of doc u mentary reality series Life Below Zero.

The TV series aired on May 19, 2013, & is broadcasted through National Geographic Channel that features daily and seasonal activities of subsistence hunters along with their struggles & challenges with the wildlife of Alaska in the severe cold climate. Without a doubt, Life Below Zero became a platform for Glenn to showcase his interest & self-satisfaction of adventure as well as money mining.

Glenn lives alone in Chandalar, 200 miles north of Fairbanks, Alaska and 65 miles North of the Arctic Circle. Reportedly, he went for many months without any human contact & enjoys wilderness hunting, fishing & tracking in the wild for livelihood.

For sure, staying away & alone in the cold forest of Alaska is not out of risks & it seems the American reality star & hunter Glenn didn't get rid of it. On December 17, 2016, Villeneuve made a Tweet sharing thrilling moments in Alaska while he lived in a tent & his cabin was still in construction.

As reported, Glenn was surrounded was a pack of wolves & also had a visit of wolverine in his backyard.

But, Glenn seems to enjoy the risky moments.

Is Villeneuve Still In 'Life Below Zero'?

Yes, Glenn is still an active cast of the National Geography Channel broadcasted reality doc u mentary series Life Below Zero. Originally aired on Sunday night, the show moved to Tuesday night on Season 4 & is currently running on its 12th season. The series completed its 11th seasons in February 2019.

Tuesday, 9/24th, 9pm ET/ 8pm CT, on National Geographic Channel. The final episode of Life Below Zero in which I’ll appear. I really liked this particular story and I hope you enjoy it too. pic.twitter.com/jWQpxja8F6

Glenn Villeneuve appeared in 77 episodes, while Sue Aikens has the highest appearance in 133 episodes with Agnes Hailstone (132 episodes) and Chip Hailstone (128 episodes) behind.

How Much Does Glenn Villeneuve Make Money?

Glenn Villeneuve lives a simple life in the woods and the wilderness. He formerly was a part of National Geographic show Life Below Zero, and it is obvious that he acc u mulated a decent salary.

Moreover, other cast members of Life below Zero, Agnes and Chip Hailstone's net worth is $100,000 according to Celebrity Net Worth.

Glenn Villeneuve has been married two times. Firstly, the reality star was in a marital relationship with Silvia Daeumichen, they married in 2001 and even more, welcomed 2 children: daughter Willow Leaves ( born on May 9, 2006) and son Wolf Song (June 14, 2009).

Villeneuve then married Trisha Kazan who has a daughter named Amelia from her previous relationship. On 22 June 2017, Villeneuve and Kazan welcomed their first baby; a daughter, Agatha together. Kazan shared a picture of their newly born baby on her Facebook page.

The couple along with their four children are living a happy life in Alaska. Despite his nomadic lifestyle, Villeneuve somehow manages his time to spend with his family. While Glenn lives in the forest of Alaska while his family living in Fairbanks often visits him.

Check out where he is in the video below which is taken from Glenn's National Geography show Life Below Zero.