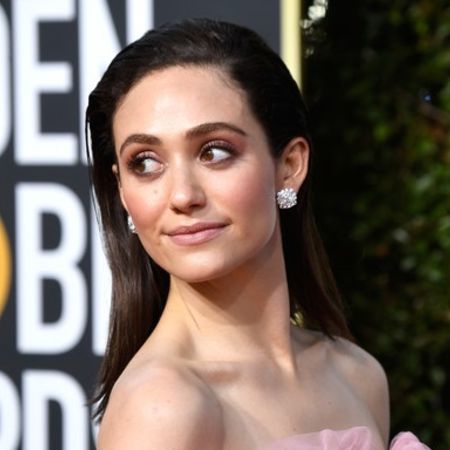 Emmy Rossum is an American actress, television director, and singer-songwriter. She rose to fame from her role in the movie The Phantom of the Opera for which she was nominated for Golden Globes. Her other roles famous role includes movie  The Day After Tomorrow and Mystic River and series Shameless.  The actress is also a singer with albums like Inside Out and Sentimental Journey.

She was raised by her photographer mother Cheryl Rossum. Her father and mother had already got a divorce before she was born.

At the age of seven, she joined the Metropolitan Opera Children's Chorus with director Elena Doria. She used to sing in six different languages in 20 operas in New York City.

The actress was suffering from attention deficit hyperactivity disorder while she was in kindergarten and used perceived drugs to control her behavior after that.  Due to her medical condition, she attended a private school in Manhattan called Spence School.

She graduated from her high school diploma through online courses offered by Stanford University's Education Program for Gifted Youth. She graduated with a major in art history from Columbia University in 2008.

Emmy Rossum started her career from the television movie Grace & Glorie in 1996. Later she made her appearance in series including Law & Order, A Will of Their Own, Snoops, and TV film Genius.  In 2000, she made her feature film debut from the movie Songcather.

She was nominated for Awards Circuit Community Awards for Best Cast Ensemble for the 2003 movie Mystic River along with Sean Penn, Tim Robbins, and Kevin Bacon.  The following year, she appeared in  Ronald Emmerich's natural disaster movie The Day After Tomorrow and Joel Schmacher's musical drama The Phantom of the Opera. For her role in The Phantom of the Opera, she was nominated for the Golden Globes and won Saturn Award for Best Performance by a Younger Actor. 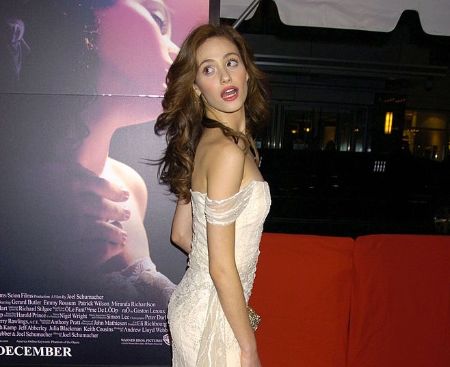 CAPTION: Emmy Rossum at the premiere of The Phantom of the Opera SOURCE: Getty Image

In 2009, the actress appeared in Japanese animation adaptation movie Dragonball Evolution.  Three years later she appeared in the lead role for the television series Shameless from 2011 to 2019.  She also worked as a director for two episodes of the series Shameless.

The actress started her career as a producer from the 2014 movie Comet, in which she also worked as an actress along with actor Justin Long.  She will be appearing as an actress and producer on her next television mini-series Angelyne in 2020.

Estimated Net Worth of $12 Million

Emmy Rossum has not only gained fame but a massive fortune from her career. According to celebrity net worth, she has an estimated net worth of $12 million, as of 2020.

Emmy collected her wealth from her career as an actress. While she was a kid, she used to earn $5 to $10 a night for singing in Opera.  She has appeared in many box-office successful movies some of them are listed below.

The actress lives in Beverly Hill with 3,621 sq foot residence which she bought in 2006 for $2.1 million. She also owned an apartment in New York City which she sold for 1.1 million in 2017.

The actress also had a collection of jewelry, which all was lost due to burglary happen in March 2017. Her $150,000 worth of jewelry and other items were stolen from her house while she was in New York.

Emmy Rossum was previously in a relationship with actor Topher Grace in 2005. The two had called it quits after two years of dating.

She then tied the knot with Justin Siegal on 17th February 2008. The couple never speaks their marriage publically.  The following year, her husband Justin filed for divorce from her. The divorce was finalized on 28th December 2010.

After her divorce, she met filmmaker and director Sam Esmail on the set of movie Comet and started dating. Emmy and her boyfriend got engaged in August 2015 and two years later on 28th May 2017, the couple exchanged their vows. 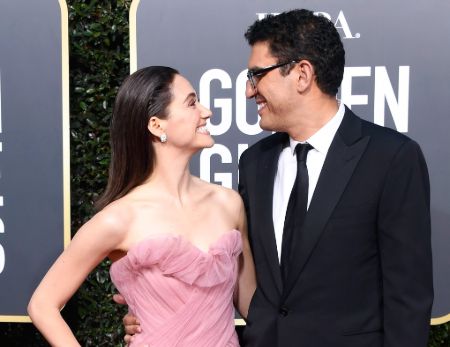 The couple has been living together ever since.