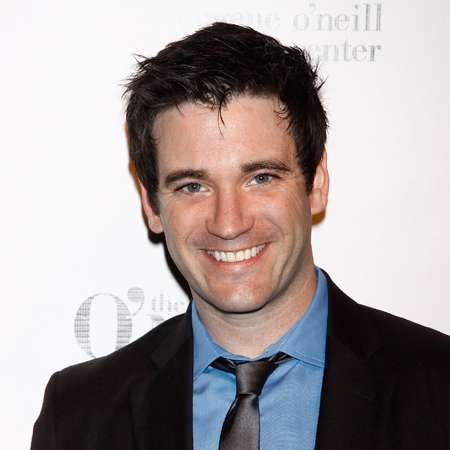 Colin Donnell is an American actor best known for his roles in Anything Goes, the CW television series Arrow, the Showtime drama The Affair and the NBC medical drama Chicago Med.

He has also been married to actress Patti Murin. They announced in February 2020 that they are expecting their first child together.

Colin Donnell was born on October 9, 1982, in St. Louis, Missouri, the United States of America. He was raised along with two siblings in Missouri.

His parents belong to Irish and French ancestry. He is of white ethnicity and American nationality. He was born as the youngest child of his parent's three boys.

Colin Donnell was very interested in signing from his early childhood and he used to play guitar at an early age.

At the age of 17, he took singing cla s ses. In 2005, he earned a graduate degree from Indiana University. Colin made his first appearance in a stage when he was in High school.

Colin Donnell has also made his acting presence in an American science fiction crime drama television series Person of Interest in 2014. In the same year, Colin also appeared in television series like Unforgettable and The Mysteries of Laura.

Colin Donnell has also made his several movies appearance; he made his notable movie appearance in 2015 from American crime film Every Secret Thing, where he played the character of Paul Porter.

Colin Donnell earns a substantial amount of money from his career. According to online reports, the actor, 37, has an estimated net worth of $500 thousand.

His wife, Patti Murin, also has an estimated net worth of $500 thousand.

Colin Donnell has been married to his Chicago Med co-star Patti Murin who best known for portraying Princess Anna in the Tony Award-nominated Broadway musical, Frozen.

The pair first met when while working for a musical adaptation of Love’s Labour’s Lost in 2013 and eventually started dating. They became engaged in December 2014 and later tied the knot on June 19, 2015, in New York City.

Expecting a Baby Girl With Wife

Colin Donnell and his wife Patti Murin announced on February 18, 2020, that the pair is expecting their first child, a baby girl, together.

The 39-year-old actress, 39, told media, "I’m going to be someone’s mom!" Murin previously in May 2018 revealed that she had suffered a miscarriage.