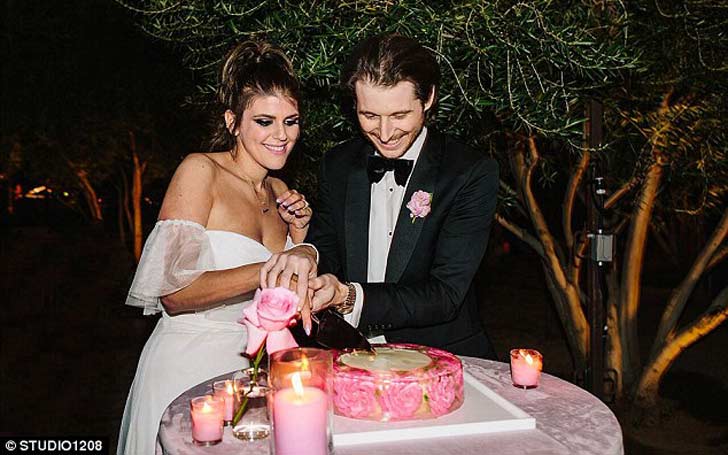 Molly Tarlov portrayed the role of a mean girl Sadie Saxton in the hit MTV drama Awkward. The beautiful actress is currently in a marital relationship with drummer Alexander Noyes.

Before news of her marriage with Alexander hit the web; her off-screen relationship with Awkward co-star Shane Harper (who portrayed the role of Austin North) made the news. Molly and Shane shared a great chemistry on-screen, and they are good friends in real life.

Leaving aside her professional life; Let's read further to know how her relationship with drummer Alexander Noyes unfolded.

A Saga Of Love Between Molly And Alexander Noyes

TV star Molly Tarlov; who gained popularity after being cast as Sadie Saxton in hit MTV show Awkward is currently married to drummer Alexander Noyes. Noyes worked as a drummer for the bands such as Honor Society and Jonas Brothers.

It is believed that they met for the first time back in 2011. Not much is known about their initial relationship. One of the Twitter users claimed to have seen the pair cozying up with each other during one of their dates. 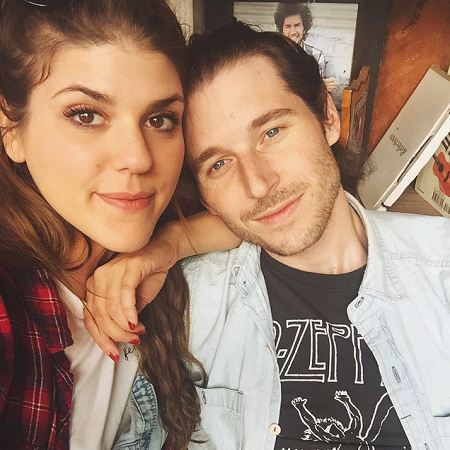 Though, Molly hasn't revealed much detail about how and when her relationship with Alexander began; it is speculated that she might have met him during an event during the 2010s. 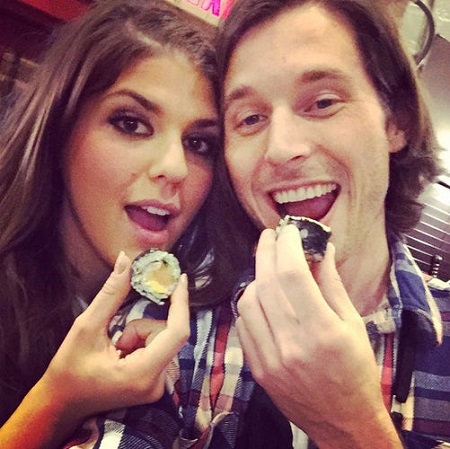 The pair seemed to have kept their relationship off the public radar. They didn't make many public appearances during the course of their relationship. Various social media users claimed to have seen the pair enjoying good times while on their dinner, shopping, and movie dates.

Molly and Alexander got engaged in June 2015. Molly took to Instagram on June 23 to confirm her engagement with Noyes; by uploading their selfie together wearing engagement rings. In the picture, she is seen clasping her hand over her mouth and displaying her gorgeous diamond ring. Her engagement ring was made by Ritani.

Remember this weekend when my favorite human in the world asked me to marry him? #isaidyes #Noyes #FIANCÈ @alexandernoyes

Alexander Noyes also took to his Instagram to share the happy news with his fans worldwide; sharing a snap of the public proposal. In the shared photograph, Noyes is seen bending on one knee clad in a plaid button-down; and holding up a ring to surprised Molly in a crowded restaurant. Molly is clad in a floral sundress and has her hands cover up her face. And, audiences present in the restaurant seen applauding the happy couple. In Instagram, Noyes shared; “I found my other half,” the drummer wrote. “And she said YES!” BRB — dying from cuteness!

I found my other half.. And she said YES!!

Noyes also hasn't revealed much about his romantic relationship with Molly; before announcing his engagement in 2015. Most of his earlier posts in social media are about his program, event, adventure, travel, friends, and colleagues.

Before officially announcing their engagement; Molly had given hint of their future together as husband and wife sharing a passionate kiss on her Instagram.

On March 4, 2017, Molly and Alexander got married in a lavish ceremony in Palm Springs, California. The pair seemed happy to finally tie the knot and embrace each other for their life. The pair were brimming with unending happiness as they exchanged their vows to live their life till death do them apart. 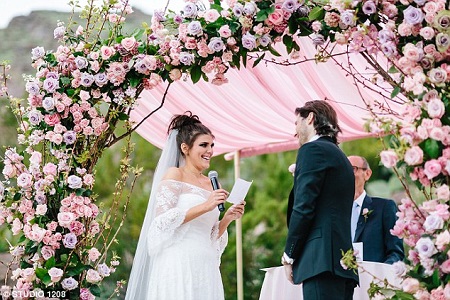 Talking about her feelings during their wedding, Molly claimed that she was both nervous as well as excited about sharing her happiness with her friends. In an interview, she revealed that she was 'most excited to throw a party for everyone we love: past, present and celebrate our future!' 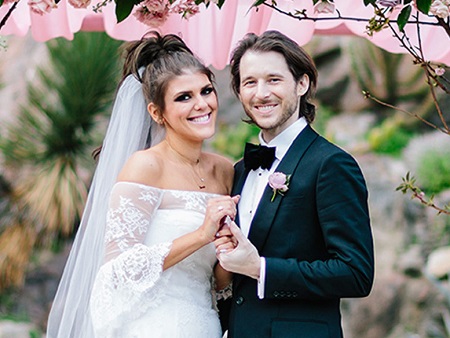 CAPTION: Molly and Alexander pose for the photograph on their wedding day SOURCE: People

Molly's closest girlfriends attended her wedding as her bridesmaids and helped her chose perfect dress to woo her soon-to-be husband. She gave her bridesmaids matching Love Ophelia robes to compliment their dresses.

As per her bridal dress; Molly tried on more than 1000 dresses until she zeroed in on a custom-made off-the-shoulder gown with ruffled sleeves. She also wore her old earrings given to her mother by her father years back. She complimented her wedding costume with a beautiful heart shaped diamond necklace gifted by Noyes, before their wedding. She layered up necklace given by Noyes with her Leenabell necklace featuring name and initial of her love Noyes. 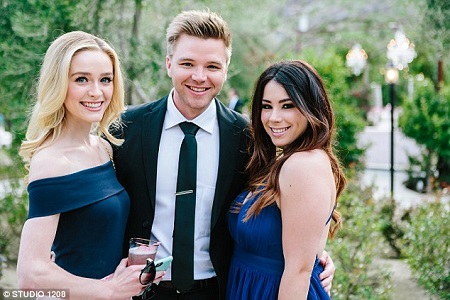 Her Awkward co-stars Greer Grammer, Brett Davern, and Jillian Rose Reed were invited to her lavish wedding ceremony. Their wedding was extravagant with beautiful roses adorning the aisle, electric lights arranged beautifully, a well-decorated podium for the wedding couple to share their first kiss as an official couple and maintained decorum. 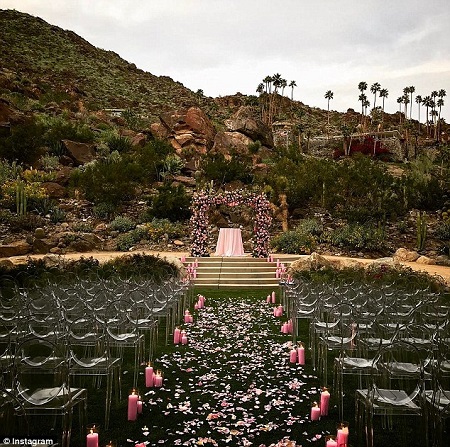 Molly's bridal makeup was handled by her Awkward make-up artist Corina Rabichuk. Corina included Molly's favorite lip shade, Buxom Lavender Cosmo. Molly showed off her Amaroq Design veil, tying her hair in a ponytail style.She carried a pink bouquet, which matched the floral canopy that she and her new husband said their vows under. Their wedding was officiated by Molly's father, who blesssed them for happy marital life ahead. The couple excahnged beautiful yellow-gold bands with matching inscriptions, during their wedding vows.

After the wedding ceremony was over, the couple ga ave grand party to invited guests. During the party, they not only served up wine, mocktails and beers, but imported signature cocktails. Singnature cocktails were named in honour of the newly married couple. They had set up a bar with a sign reading 'Forever Trill'.  Instead of a frosted confection, they served gelatin cake at their event.

The couple danced to the Zombies song 'This Will Be Our Year' during their wedding reception party. During reception party, Molly wore another white dress, and Alexander wore flashy brocade three-piece suit. The couple  also added matching bespoke jackets by The Mighty Company; featuring their names in amazing fonts. 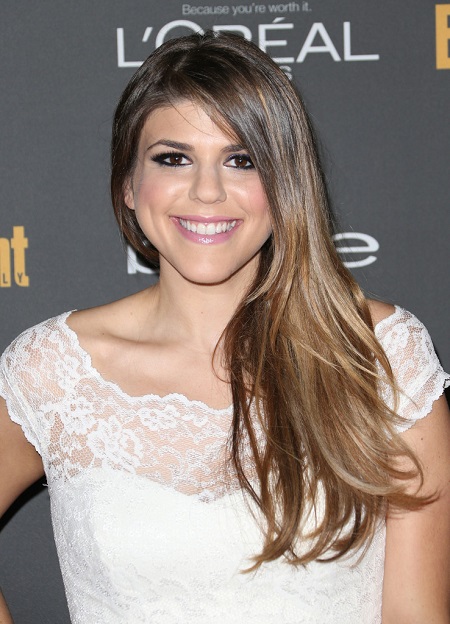