Stacy Martin is an  English-French actor who has been active in the industry since 2013 and has more than 30 acting credits in her name. She is very famous for her appearance in the 2013 drama film Nymphomaniac as Joe. Also, she is known for her appearance in All the Money in the World and The Serpent.

How old is Stacy Martin?

Stacy Martin was born on March 10, 1990, in Paris, France under the birth sign Pisces. So, as of 2021, she is 31 years old. She is of English nationality while her ethnicity is missing. She is the daughter of a French father, René Martin, and an English mother, Annette.

When she was around seven years old she moved to Tokyo, Japan along with her parents and stayed there until she was thirteen and returned to Paris.

Regarding her education, she joined the University of the Arts London's College of Communication to study Media and Cultural Studies. Later on, she studied the Meisner technique of acting at the Actors' Temple.

What Is Stacy Martin's Relationship Status?

Stacy Martin, aged 31, is yet to be married but is in a romantic relationship with musician Daniel Blumberg. The pair have been dating each other since longtime time however the detail on their love story is missing. As of now, they reside together in London, England. 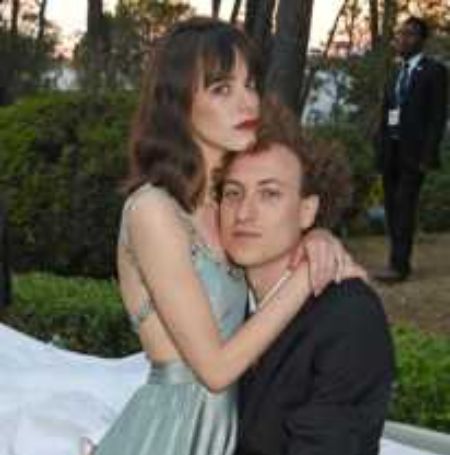 Both of the pair have not preferred to talk much about their love life on social media platforms.

Stacy Martin has earned a decent amount of worth from her career as an actor since 2013. As of 2021, her net worth is calculated to be around $400 thousand.

Most recently she is very famous for her appearance in the TV Mini-Series, The Serpent as Juliette Voclain. In the series, she has shared the screen alongside Jenna Coleman, Tim McMullan, Alice Englert, Billy Howle, Tahar Rahim.

Also, she is all set to appear in the upcoming movie named Louis Wain, Halo of Stars, The Brutalist, and Borough Park.