Tim McMullan is an English actor who has been active in the industry since 1993 and has more than 50 acting credits in his name. He is very famous for appearing in the movies and series such as The Fifth Element,  Shakespeare in Love, and The Queen.

Tim McMullan was born Timothy W V McMullan in the year 1963 in Lambeth, London, so as of 2021 he is 58 years old. Apart from this, there is no single detail on his early life matter.

Regarding education, he has completed his graduation in Acting Diploma in 1989 from the Royal Academy of Dramatic Art.

What happened to Tim McMullan's eyes?

Tim McMullan's eyes are the result of BPES syndrome, a medical condition that causes eyelid malformation at birth. 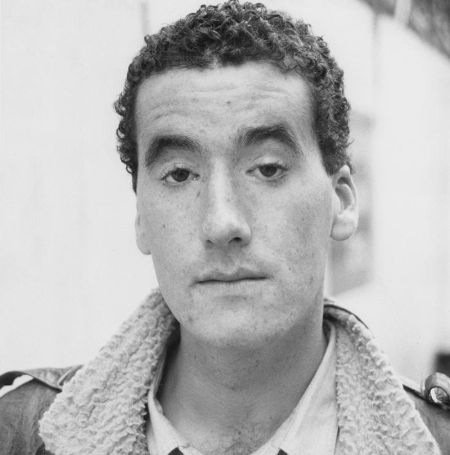 How Much Is Tim McMullan's Net Worth?

Tim McMullan is halfway to be million as of 2021. All of his net worth is possible from his career as an actor since 1993. To this date, he has more than 50 acting credits in his name and still adding on it.

While talking about his acting career, he made his debut from his appearance in the TV movie named Stalag Luft as Donaldson. In the same year, he was seen in the movie named Shadowlands. After this, he has worked in several movies and series.

He is very famous for his appearance in the ITV program Foyle's War.

Some of his notable work includes Being Human, The Wimbledon Poisoner, Complicite: The Three Lives of Lucie Cabrol, Heat of the Sun, Shakespeare in Love, Surrealissimo: The Scandalous Success of Salvador Dali, Agatha Christie: A Life in Pictures, Sense & Sensibility, Devil in the Fog, The Hollow Crown, National Theatre Live: Man and Superman, National Theatre Live: Antony & Cleopatra, The Crown.

Most recently he has appeared in the TV series named The Serpent. In the series, he has shared the screen with Jenna Coleman, Tahar Rahim, Billy Howle.