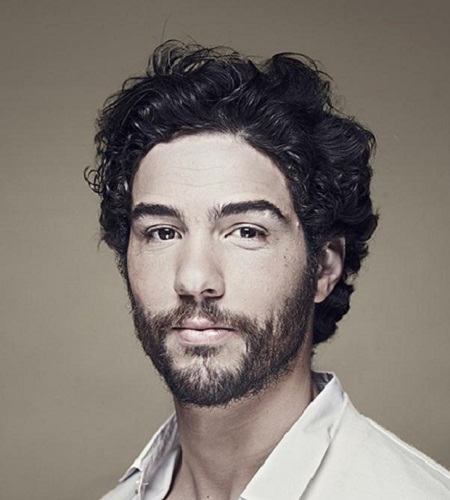 Tahar Rahim is an Algerian French actor who started his acting career in 2005 and now has more than two dozen acting credits in his name. He is very famous for his appearance in movies and TV series such as The Past, A Prophet, Black Gold, and The Mauritanian.

Tahar Rahim was born under the birth sign of Cancer on July 4, 1981, in Belfort, Territoire de Belfort, France, the United States of America to his parents of Algerian descent. So, as of 2021, he is around 39 years old. He is of French nationality, however, ethnically, he is Algerian and French.

Regarding his education, he earned his secondary school degree from Lycee Condorcet at Belfort. Following this, he joined a sports college and then other computer science programs at Strasbourg and Marseille. But, he dropped out and started studying film at the Paul Valery University of Montpellier. In 2005, he moved to Paris to study drama at Laboratoire de I'Acteur under Helene Zidi-Cheruy.

Tahar Rahim started his acting career in 2005. In mid-2006, he signed with an agent and won a part in the hit Canal+ tv series, La Commune as Yazid Fikry. In 2006, he starred as a Taliban Interrogator in The 9/11 Commission Report.

After a few grueling auditions, he got his breakthrough role as Malik El Ejebena in A Prophet in 2009. Two years later, he appeared in a series of movies The Eagle, Free Men, Love and Bruises, and Black Gold. A few years later, in 2015, he appeared as Khalil Rachedi in the tv series, The Last Panthers. He appeared in 6 episodes for the show.

In 2018, Tahar appeared as Ali Soufan in the tv mini-series, The Looming Tower. In 2020, he was seen as Farid in The Eddy. In 2021, he appeared as Mohamedou Ould Slahi in The Mauritanian. Similarly, in the same year, he also appeared as Charles Sobhraj in the TV series, The Serpent. For his movies and TV shows, he has been nominated for 14 nominations and won 9 of them.

The 39 years old, Tahar Rahim is a married man. He shared the wedding vows with a fellow French-Algerian actress, Leila Bekhti in 2010. The pair first met while shooting for the movie, A Prophet in 2007.

The duo has two kids. They are parents to Souleymane, a son, born in July 2017, and a daughter, born in February 2020. The family of four is leading a happy life without any bad rumors.