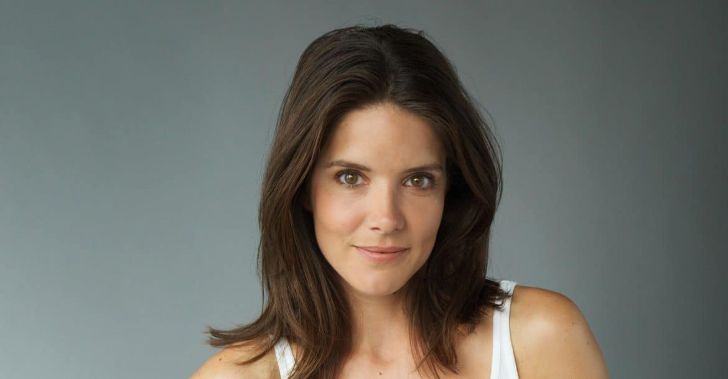 Sonya Ca s sidy, a British actress, set her path from stage career prominence to TV debut in 2009 through brief appearances in Doctors and Lewis. The Bristol-born actress got her career breakthrough with the lead role Clara in the TV drama The Paradise (2012-13) & was cast in a recurring role in notable TV series Vera (2012- 14).

When & Where Was Sonya Ca s sidy Born? Age & Height?

Sonya Ca s sidy was born in Bristol, England, the UK in 1987, to American and Scottish parents. A British by nationality, the stage-turned-TV actress, belongs to mixed ethnic background. Pa s sionate about acting, Ca s sidy, as a teen, took a local youth theater program, thanks to her mother's huge support. At the age of 17, she was accepted into the Royal Academy of Dramatic Art, from where she graduated in 2008.

While at the Royal Academy of Dramatic Art, Sonya honed her acting skills & on the journey to conquering the London stage, she grabbed international fame with TV series appearances. After a year of graduation, the British actress made her TV debut in 2009; appeared in guest roles in Doctors, Inspector Lewis, and The Tudors.

In 2012, Ca s sidy got her TV career breakthrough as the main cast Clara in The Paradise, where she worked in 16 episodes until 2013 alongside Ruby Bentall, Finn Burridge, and Elaine Ca s sidy. Moreover, the actress got further fame portraying recurring cast, Celine Ashworth, in crime-drama Vera (2012- 14, 8 episodes) starring Brenda Blethyn, David Leon, and Kenny Doug.

CAPTION: Ca s sidy portrayed Clara in the TV series The Paradise that proved to be her career breakthrough SOURCE: Pinterest

Reportedly, Sonya Ca s sidy made her film debut in 2013 with The Fifth Estate; he would work in further 2 films, totaling 3 feature films so far- Survivor (2015) and Breaking the Bank (2016).

Following an appearance in the TV mini-series The Great Fire (2014), she got the main role, Oracle, in the fantasy TV series Olympus (2015, 13 episodes). Her other appearances as the main cast were in The Woman in White (2018, 4 episodes) as Madam Fosco and in Lodge 49 (2018-19, 20 episodes) as Liz Dudley alongside Wyatt Russell and Brent Jennings.

According to IMDB, Sonya is currently working on the 2020 TV film Gumshoe; the comedy-crime film is currently under pre-production and stars Phillipa Soo and Max Casella.

Ca s sidy is among the celebrities who prefer to keep their personal affair out of media attention. Regarding her relationship history, the Lodge 49 actress is pretty low-key and has barely uttered a word on her love life. She records no official report of getting married or husband.

Throughout a decade of her introduction to TV fame, Sonya seems cautious as well as successful in putting curtains on her dating life. She never made highlights of having a boyfriend and is allegedly single in 2020.

Ca s sidy was in an on-screen match up with Riccardo Scamarcio in The Woman in White (2018) that led to rumors of their secret relationship; the baseless claim vanished in no time.

An active user of Twitter (@sonya_ca s sidy), the actress often Tweets about her project; she is not active on Instagram. Aside from her career, Sonya Ca s sidy works as an activist and is an amba s sador of Springboard Opportunity Group. The non-profit organization aims to support children with additional & disabilities by providing them care, education & support to hone their potential.

As per online sources, Sonya Ca s sidy has a net worth of $1.5 million in October 2020. Her major income source is acting career & appearance in notable roles in The Paradise, Olympus, Lodge 49, and The Woman in White. An actor in the UK earns a salary in the range of  £25K-45K per year.

Moreover, she can probably grab a considerable sum through endorsements deal if she signs one.