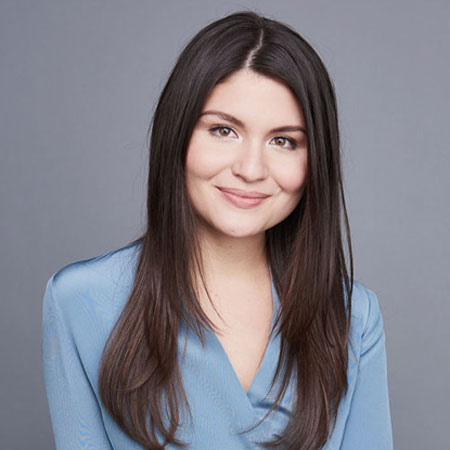 Phillipa Soo was born on May 31, 1990, in Libertyville, Illinois, the United States to a Caucasian mother and a Chinese father.

Philipa's father is a doctor while her mother is in arts. Soo raised in Southern Illinois.

Soo's parents always encouraged her to pursue her acting career, but they were still persistent about getting a proper education as well. She attended Libertyville High School from 2004 till 2008. She graduated from The Julliard School's acting program in 2012.

After her graduation from Julliard, Soo got the part of Natasha Rostova in Natasha, Pierre &The Great Comet of 1812, the show was based on War &Peace by Leo Tolstoy.

Composer Lin-Manuel Miranda and director Thomas Kail approached Philipa to read for the leading female role; Eliza, in the musical Hamilton in 2014. The show ended up being one of the most popular Broadway musicals of all time.

Philipa Soo is currently engaged in the preview performances of Amelie on Broadway, and the official opening is on 3rd April 2017.

Besides musicals, Soo has been in a small role in NBC series Smash and a voice actress for the Disney movie Moana along with along with Alan Tudyk, Nicole Scherzinger, and Dwayne Johnson.

Phillipa Soo is currently engaged to actor Steven Pasquale. The couple got engaged in February 2016 after dating for a few months. She confirmed the news with a post on Instagram.

Soo lives in New York with her fiancé Steven Pasquale.

Net Worth, Salary and body measurements

Philipa Soo appeared as the lead female role in Hamilton, a Broadway musical with hip-hop touch about Alexander Hamilton, the American Founding Father.

The musical was one of the biggest box-office and critical success of all time.  It grossed $1.9 million per week which would mean $100 million per year. We can safely say that Philipa is now financially stable actress because of the musical.