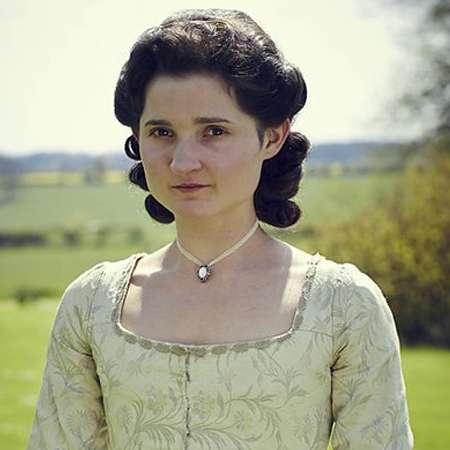 Ruby Bentall is an English actress, who is best known for her roles in the movies like Lost in Austen, Lark Rise to Candleford and Mary Bennet. She was born in 1988 in Camden, London. She is the daughter of Paul Bentall and famous actress Janine Duvitski. Her family moved to Petersham when was eight years old along with her three siblings. One of her younger sister Edith is the lead singer of the band named “Fours”.

Ruby went to Grey Court School and also attended Richmond upon Thames College between the year 2004 and 2006, where she graduated with a National Diploma in Performances. The acting was in her blood, she was always interested in acting because of her mother. She was the one who always inspired her to be a wonderful actress which is the reason that she acting at the age of 17.

She started her career while she was still studying. She appeared in one of the episodes of Holby City which was filmed in 2006. After that she was a part of different other TV show like Doctors, You can choose your friends, New tricks, and Oliver Twist. It was the year 2008 when she got an opportunity to play Mary Bennet in the mini-series Lost in Austen.

Her performance is described as “by far the most interesting interpretation of the sanctimonious middle Bennet daughter of Pride and Prejudice yet”. Afterwards, she joined the regular cast of Lark Rise to Candleford as Minnie in 2009.  She was also in Verify Poldark in the 2015 BBC adaptation of Winston Graham’s Poldark novels. She also made her stage debut at the National Theatre in Productions of DNA and The Miracle. She also cast as Alice in Alice which is an adaptation of Lewis Carroll’s Alice in Wonderland.

She also played the role of Anya in Remembrance Day at Royal Court Theatre. Her professional life is getting a success day by day. As far as her personal life is concerned she is very private about it. She has openly said to the media that she doesn’t like to discuss her private life to the world .As of now we know that she is not dating anyone and only focusing on her acting career.

Ruby is one of the talented actors that an industry has today. Her amazing performances are always praised by the audiences and critics as well.  She is very focused on her career and wants to just be like her mother.  She is a good looking actress with an average height and normal weight and a very pretty smile. Her salary and net worth are officially unavailable but we know she has an amazing net worth because of her movies and TV show. For her latest news and gossip, the information is available in the wiki.