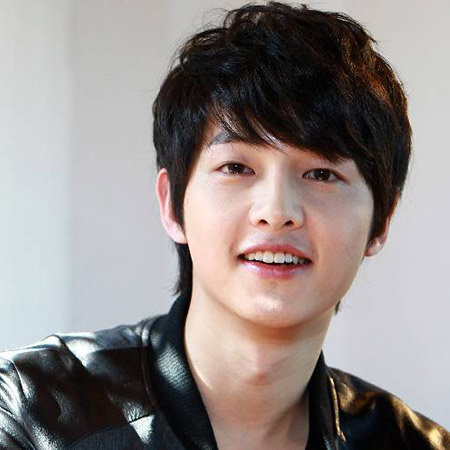 Song Joong-ki is a South Korean actor, model, and host. He gained massive fame for his role in the historical drama Sungkyunkwan Scandal (2010) and the variety shows Running Man as one of the original cast members when it premiered in 2010. His first TV leading role was in the melodrama The Innocent Man (2012) and has also starred in feature films, notably as the title character in the box office hit A Werewolf Boy (2012). His most popular role is the massive pan-Asia hit 2016 drama, Descendants of the Sun.

Song Joong-ki was born on September 19, 1985, in Dong District, Daejeon, South Africa. During school, Song Joong-ki was an enthusiastic speed skater. He represented his hometown, the city of Daejeon, in national games. However, he got injured during the first year of high school, so he quit skating and focused on his studies. He improved his grades dramatically received the highest grades for all his subjects. He belongs to South Korean nationality and his ethnicity is mixed.

He attended the prestigious Sungkyunkwan University after scoring 380 points out of 400 on his national college entrance. Song majored in business administration and minored in broadcasting. He first appeared in a TV show as a contestant on KBS's Quiz Korea, as he was there to replace his senior who was sick and won second place. He soon gained many fans.

Although they did not want him in the entertainment field, Song Joong-Ki's family later supported his interest in acting. He made his acting debut in the 2008 period film A Frozen Flower. He got small but notable roles in some production before he rose to fame in 2010 when he acted infusion period drama Sungkyunkwan Scandal.

He also joined the cast of variety program Running Man from 2010 to 2011, which was a big success and a boost in his career. In 2011, Song starred as a jobless deadbeat in the romantic comedy Penny Pinchers and Deep Rooted Tree.

According to Song, 2012 was a phenomenal year for his career, Firstly, he played the titular character in fantasy romance film A Werewolf Boy. He then played his first leading drama role in TV series, The Innocent Man. On August 27, 2013, he was enlisted for mandatory military service and was discharged on May 26, 2015.

In 2016, Song Joong-Ki made his TV comeback in South Korean television series, Descendants of the Sun, alongside actress Song Hye-Kyo. He played an army captain, the leader of a peacekeeping unit who clashes with then falls for a doctor as they work together on disaster-relief missions.

The drama was an immense hit among the audience. As a result, he experienced tremendous growth in his popularity throughout Asia as well as became the face of over 30 brands. He will continue his roles in upcoming movies, one of them being Battleship Island alongside actors So Ji-sub and Hwang Jung-min.

According to some sources, Song Joong-ki's net worth can be believed to be around $2 million, as of 2019.

Song Joong-ki is a married man who tied the knots with Descendants of the Sun actress Song Hye-Kyo, in a private wedding ceremony on October 31, 2017. The wedded at Youngbingwan, Hotel Shilla in Seoul. The couple announced their engagement on July 5, 2017, and married just a few months later.

Together the two worked in many successful projects. But it has been reported that he had filed for divorce with his wife in June 2019.