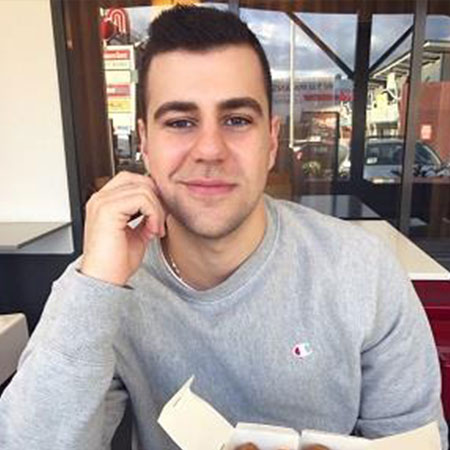 Social media like Instagram, YouTube, You Now, and Tik Tok has helped many people to be in the spotlight, and same goes out with Australian YouTuber Slaiman. He came into the spotlight for his prank videos on his YouTube channel, Whealth By Slaiman. He generally posts videos with his girlfriend, Kate Martineau.

Slaiman was born on March 14, 1993, and is 25 years old as of early 2019. He was born in Australia under the birth sign of Pisces. Slaiman has not disclosed anything regarding his parents and childhood but has revealed that he has two younger sisters.

Slaiman is a student of pharmacy, however, did not share anything about his educational background. He is of Australian nationality and belongs to the white ethnicity.

In September 2014, Slaiman started his YouTube career creating YouTube channel, Whealth By Slaiman. However, he posted videos only after a month with a title How to Avoid/Prevent a Hangover.

Slaiman has posted numerous prank videos on his YouTube channel alongside his girlfriend, Kate Martineau. Besides this, he also owns a joint YouTube channel entitled Slaiman and Kate.

It has only been around four years since Slaiman began his YouTube channel but he has already earned a high figure of net worth.

Besides from YouTube, he might also be earning a decent amount of money from his career as a pharmacist, photo-shooting, and endorsements.

Talking about Slaiman’s personal life and current relationship status, he is dating his girlfriend Kate Martineau. The couple even has a common YouTube channel, Slaiman, and Kate where they also post their private moments.

Slaiman posted one of the of the Q&A sessions on his channel revealing the couple's first meeting. In the video, he reveals he met his girlfriend in a bar for the very first time. Similarly, Slaiman also revealed that it was Kate’s legs that attracted him in the first hand.

‘TIS THE SEASON What was your favourite moment in my latest video?  LINK IN BIO CHECK IT OUT #GoogleHomeHub #sponsored

It did not take too long for Slaiman and Kate to fall in love with each other. Soon after they started dating, his girlfriend began appearing in the YouTube videos like Dating Other Girls PRANK on my Girlfriend and I DELETED my Girlfriend’s Instagram PRANK.

For now, it has been a couple of years since the pair began dating and the couple is going extremely strong. There is no any headlines of the pair’s separation or break up issues.

The pair has posted numerous prank videos regarding engagement and proposal videos, but they are yet to be engaged in real life. Likewise, he is yet to reveal plans on getting married.