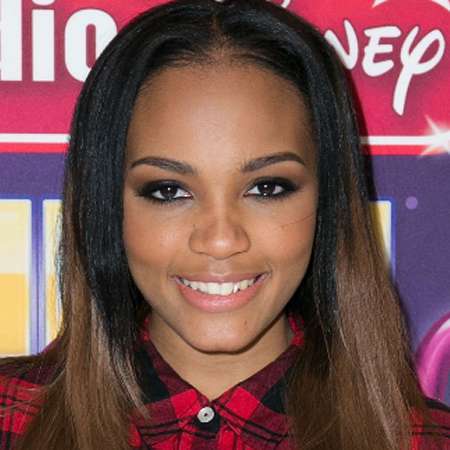 Sierra McClain is a TV actress came to limelight and grabbed tremendous popularity following her role as Sierra James in Daddy's Little Girls in 2007. She also earned further attention after composing the title theme for the Disney series A.N.T. Farm.

Born on March 16, 1994, in Decatur, Georgia, United States, Sierra McClain, is an American Pop and RnB girl group. Her nationality is American and ethnicity is black. Her girl group was formed In Atlanta Georgia in the year 2004. This musical group consists of other celebrities along with McClain. They are China Anne McClain, Sierra McClain, and Lauryn McClain. All the group members are sisters by relation. The group’s first success was their debut single “Go” which was released on November 2, 2012. The black beauty’s parents are Shontell McClain and Michael McClain.

This actress became popular from her movie Daddy’s Little Girls in the year 2007. In the movie, Sierra McClain appeared as Sierra James. As the celebrity’s father Michael was a writer and producer of songs, McClain along with her sisters was interested in music from an early age. This was also because the three sisters were grown up watching Disney films and musical cla s sics.

Keeping their interest in music, the three sisters began writing songs, choreograph and dance. Along with their musical talents, they were also interested in acting when they were encouraged to participate in the audition of movie The Gospel by the movie director Rob Hardy.  In the movie, China, Sierra’s sister was seen in the lead role whereas the other two sisters appeared in the supporting roles.

As the journey continued, Sierra started her musical group along with her sisters in the ear 2005 which was named 3McClain Girls. It was the year 2011 when the group changed their name to McClain Sisters. By this name, they gain popularity after signing with the Hollywood Records.

According to some sources, The name 3mcClain Gils was changed because it was not living up to the celebrity’s expectation as the two members of the group, Sierra and China were more focused on their acting career rather than their musical career.

But after changing the name of the group, it was into heights soon and worked on several projects. Among these, the major work of the group was the in the movie Chimpanzee, performance in the episode of Austin and Ally ant the featured song Disney’s Friend For Change.

McClain sisters are famous and well known to be family girls. They are very family friendly by nature. It is very popular in the media that the McClain sisters love and respect their family very much. Sierra’s father Michael is popular for his work as a music producer, writer, musician, vocalist, and sound engineer. Along with this, Michael is also the person who produced the debut album of the well-known singer Beyonce’s younger sister, Solange Knowles.

The entire family is very talented. Sierra’s mother is also a vocalist, musician, and songwriter. Currently, the McCain family is living in Los Angeles, California. This musical celebrity is not linked with anyone so far.

In the year 2009, McClain was a cast in the movie Shrink where she appeared along with Kevin Spacey, Saffron Burrows, Keke Palmer, and Mark Webber.

Sierra McClain's Net Worth And Earnings

Sierra McClain's net worth as per some reliable online sources can be believed to be around $1 million.

Sierra McClain has managed to keep a good image in front of the media. No rumors of her having a boyfriend or having an affair with someone has come out yet. Also, this black beauty is never been into a relationship so far according to media. She is unmarried as well.

There are no rumors and controversies related to this celebrity so far. This actress has not been in involved in any kind of promotional event with any brands and products so far. The celebrity is involved in social issues as well. The factual information about which is however not been publicized yet.