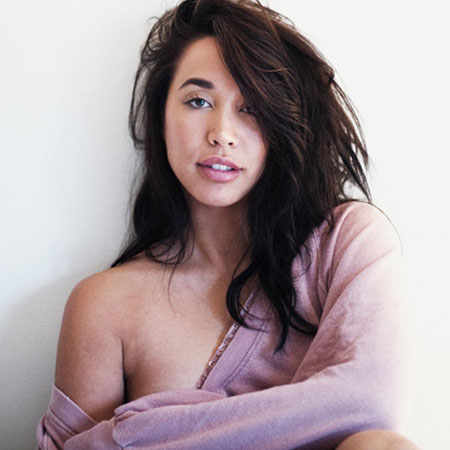 Born and raised in Philadelphia, Sierra Deaton is an American singer. She is best known as the winner of a music competition reality show The X-Factor season 3 in 2013 with her then-boyfriend Alex Kinsey. They were famous as Alex & Sierra.

Sierra Deaton was born on February 11, 1991, in Philadelphia, PA under the zodiac sign of Aquarius. People who are born under this zodiac sign have the personality of deep thinkers and highly intellectual people who love helping others.

She holds an American nationality and belongs to the mixed ethnicity of Caucasian and Asian.

Sierra was born to a British Father, Englishman Dr. John Deaton, and Vietnamese mother Vu Deaton. Sierra has an older sister Lara Deaton and grew up with her in Philadelphia. She went to Lake Howell High Schoo, and later attended the University of Central Florida.

Sierra and her then-boyfriend Alex Kinsey participated in x-factor season 3 in 2013. They auditioned in New Orleans, Louisiana, making it to the next round after the duo sang 'Toxic' of 'Britney Spears'. When they continued on the top 40 they got Simon Cowell as their mentor. Sierra and Alex sang the cla s sic song You're The One That I Want from the 1978 musical film Grease on Four Chair Challenge.

The Duo even made it to the top 12 after they performed a stripped-down version of the Robin Thicke hit' Blurred Lines' on their first live show. For Motown Night they sang 'I Heard It Through The Grapevine by "Marvin Gaye". For '80s Night in X-Factor, the duo took on the Robert Plamer cla s sic 'Addicted to Love' but the performance earned them a negative review.

After they sang for Divas/Unplugged Night they were ready for the semifinals. In the semifinal, the public chose the 'Little Talks' song and the duo was able to nail it. In The Duet Duels, they faced Carlito Olivero and Carlito sang Falling Slowly while Alex and Sarah earned high remarks by performing 'Gravity' by Sara Bareilles.

For Final, the duo sang three songs 'Give me Love', 'Say Something', and 'Bleeding Love' with Leona Lewis. On the final day, they performed 'All I Want For Christmas Is You', later that night were announced the winners of season 3 on December 19, 2013.

What Happened After They Won The X-Factor Season 3?

After they won season 3 of X-Factor, they announced they would be making their first album 'Quick' and 'Right'. For their album, they worked with Julian Bunetta, Sam Watters, Jon Shanks, Toby Gad, Jason Mraz, and John Legend.

On May 3, 2014, the duo released their first single 'Scarecrow'. Their single was well received by the audiences and more than 30,000 copies were sold in its first week of release.  On July 15, 2014, along with the pre-order of the album, 'Little Do You Know' was made available as a promotional single. Till then they have released many singles which are 'Just Kid', 'Bumper Cars', and 'Here We Go'.

Similarly, on March 6, 2016, the duo announced that they were in the works of releasing an extended play. Their extended play was officially released on September 30, 2016.

Though the couple was at the peak of their career, sadly, on September 1, 2017, Alex and Sierra announced on Twitter that they are no longer in a relationship and cannot make music together.

Sierra Deaton has a net worth of $10 million. Till now she has released many popular singles as well as albums and received a $1 million recording contract with Sony music along with hefty cash prizes with her partner Alex.

Sierra Deaton is in a relationship with 5 Seconds of Summer singer Luke Hemming. The couple started dating in 2018. Their affair was still a secret to the media until Luke shared their photo having a pa s sionate hug on August 19, 2018.

Prior, she dated Alex Kinsey. The two met each other when they were studying in high school in 2009 and officially became partners in 2011.  They had 8 years of relationship and even attended X-Factor Season 3 together and won it.  However, on September 1, 2017, they announced their separation.

narrowed down the thousand photos i took in europe to ten. here u go.

Sierra is active on social and news media and as of January 2019, she has about 338k followers on Instagram and 203k on her Twitter.

In the video shown below, Sierra and Alex the champion of Season 3 are in the Studio Exclusively after their big win in X-Factor.