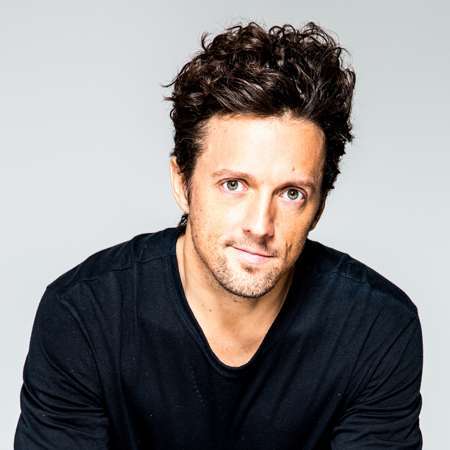 Jason was born as Jason Thomas Mraz on June 23, 1977in Mechanicsville, Virginia, the United States to his parents, Tom Mraz, and June. His parents had a divorce when Jason was five years old. Jason is very much in love with his hometown where he spent most of his childhood days. He is of Czech and Slovak descent, American nationality and white ethnicity.

Jason received his education from Lee-Davis High School. He went on to attend American Musical and Dramatic Academy based in New York. He has also studied at Longwood University based in Farmville, Virginia. He began his musical career in 2000 when he became a roadie for the band, Elgin Park. Since then he has taken over many ventures. Jason released his first album in 2002 titled Waiting for My Rocket to Come. Since then, he has released many albums like Mr. A–Z, We Sing. We Dance. We Steal Things; Love Is a Four Letter Word, and Yes! He is mostly noted for his billboard hit songs I’m Yours, Make It Mine and Lucky.

He is the proud recipient of two Grammy Awards and dozens of other awards. Jason Mraz is noted to be not only a musician but also an active philanthropist who has supported many charities. He has participated in a rescue mission to Ghana to free children who have been sold into slavery. He founded the Jason Mraz foundation in 2011 with the purpose of collecting charities for environment protection, human equality and more.

Jason does not have a long dating history but he has certainly been an unlucky man when it comes to relationships. Jason was in a relationship with Sheridan in 2000. The couple went on to get married but had a divorce in 2004.  Jason was in a relationship with Tristan Prettyman. The couple went on to get engaged on 2010’s Christmas Eve. But they went on to break their engagement only six months later. After being done with publicized relationships, Jason Mraz began dating Christina (Tina) Carano. The couple was frequently seen in public but was not so talked about. Then on 25th October 2015, Mraz went on to announce his secret marriage to Carano through his Facebook page. The news turned out to be quite a shocker to many of his fans. Mraz does not have any children till date.

Jason is currently 38 years old and is in perfect shape. He is adored by his co-workers as well as his fans. Mraz’s net worth is estimated to be a total of $ 15 million which comes out of his huge salary from his musical career. Jason is a huge inspiration to aspiring singers. More information about the handsome and talented, Jason Mraz can be found on various social media sites like Wikipedia, IMDB, twitter and more.