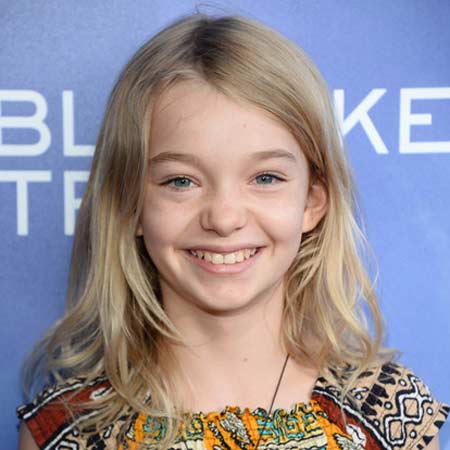 Shree Crooks is on her meteoric career. The rising star's first major breakthrough came in 2012 after her mind-blowing performance in FOX hit series The New Normal. Her popularity gained further attention when she played the role in the movie Captain Fantastic in 2016. At the beginning of her career, she did some commercials. She is also known for her work in The Glass Castle and Ray Donovan.

Shree Crooks was born Shree Grace Crooks in the United States of America, on April 2005. Her birth sign is Aries. The child actress started her acting career doing some commercials and schools productions like Google Tablet.

Shree Crooks made her television debut featuring in the FOX hit series The New Normal sharing the screen alongside Justin Bartha, Andrew Rannells, and Georgia King. Crooks rose to fame after her settler performance in the series American Horror Story alongside Connie Britton, Dylan McDermott, Evan Peters, and Taissa Farmiga.

Crooks' big break came in 2016 appearing in the commercially successful movie Captain Fantastic which was nominated at the 2017 Screen Actors Guild Awards for Best Acting Ensemble. The movie turned out to be an instant hit at the box office grossing $21.3 million against $5 million productions cost. She appeared in the movie alongside Viggo Mortensen, Frank Langella, Nicholas Hamilton, Samantha Isler, Trin Miller, and Kathryn Hahn among others.

In 2017, Crooks made an appearance in the American biographical drama movie, The Glass Castle playing the role younger version of Brigette Lundy-Paine. She played the title role in a Blumhouse film Stephanie.

Shree Crooks' Net Worth And Salary

Shree Crooks has gained fame at such a short span of time for her unbelievable performance in both films and television projects. The rising actress also made a good amount of money through her profession.

Shree Crooks is studying and building up her career as an actress. She is also too young to get involved in any relationships at the moment.

Even after being at the young age of 14 she has kept her personal life very secretive as she has not shared single word on her parents and siblings.

Crooks' hobbies are hiking, biking, reading, and walking to the mall with friends.  She also enjoys playing the violin and guitar. She is not active in any kind of social media platform.

Here is a video where Crook talks about the role in the successful movie Captain Fantastic.