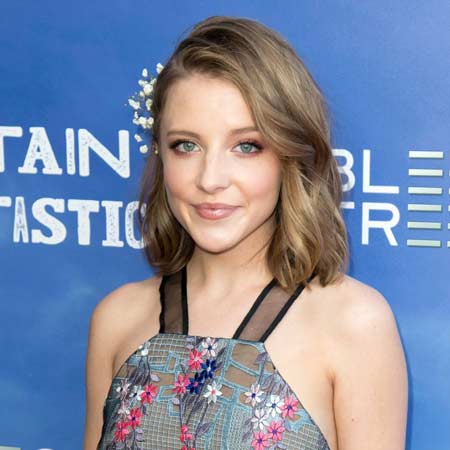 Samantha Isler has already made a name for herself in the entertainment industry. The rising actress made her biggest breakthrough following her breakout role in the movie Captain Fantastic for which she was even nominated for a Screen Actors Guild Award. Isler also gained further attention after she showed her great performance in the 2017 movie Molly's Game. Her other prominent works include Dig Two Graves and NBC hit TV series Sean Saves the World.

Samantha Isler was born October 26, 1998, in Tulsa, Oklahoma, United States. She is the daughter of Tara Isler and Tony Isler. Spending most of her childhood in her hometown Oklahoma, she moved to Los Angeles to pursue her career in the acting field.

Isler has a sister. She graduated from the Bishop Kelley High School.

Samantha Isler kick-started her acting career with a minor role in the short movie No One Knows in 2012. The following year, she went on to make her feature film debut playing the character Kendricks in a 2013 Christian Sports drama movie Home Run.

In 2014, Isler starred in P.J. Fishwick and Hunter Adam's film Dig Two Graves. She appeared as a 14-year-old Jake, opposite Ted Levine. The actress debuted in television from the NBC hit series Sean Saves the World. She played the role of Ellie Harrison for a year from 2013-14 alongside Sean Hayes, Megan Hilty, and Echo Kellum.

Isler's other television work is Suernatural (2015) and Grey's Anatomy (2016). She gained widespread fame after her finest performance in the 2016 movie Captain Fantastic. For her significant role in the movie, she was also nominated for a Screen Actors Guild Award.

The following year, Isler went on to perform in another hit movie Molly's Game and earned critical praise.

Samantha Isler has played a number of iconic roles in both films and televisions. The young actress from her flourishing acting career has earned a good sum speculated to be more than $1 million, according to some online sources.

Some of her hit movies are listed below.

As of now,  Samantha Isler is probably single. She is more focused on her rising career.

Isler loves listening to music, hanging out with friends, and playing the piano. She has a pet dog.

Talking about her role in the movie Molly's Game.