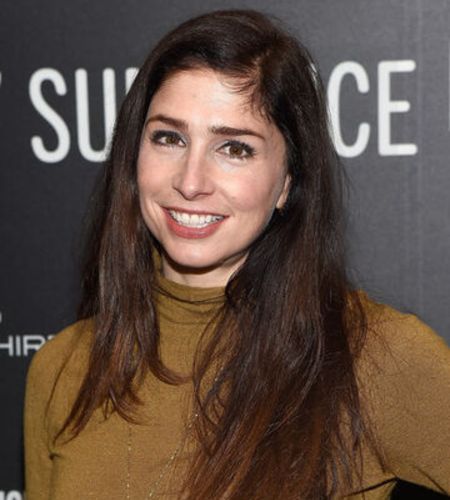 How Old is Shoshannah Stern? What is her Height?

Shoshannah Stern was born Shoshannah Oppenheimer Stern on July 3, 1980, the daughter of Ron Stern and his wife, Hedy Marilyn Udkovich. As of October 2020, she is 40 years old and her billed height is 5 feet 2½ inches (1.59 meters).

Born in Walnut Creek and raised in Fremont, California, Stern attended the California School for the Deaf. She later attended Gallaudet University, the only Liberal arts college in the world exclusively for the hearing-impaired.

Shoshannah comes from a family of hearing-impaired people going back at least four generations. The first language she ever learned was American Sign Language. She is also adept at reading lips and the English language without needing an interpreter.

Shoshannah Stern made her on-screen debut in the 1999 comedy-thriller movie The Auteur Theory. In the subsequent years, Stern landed numerous guest roles on television shows like Off Centre, Providence, Boston Public, ER, and The Division.

Her first lead role on television was Holly Brodeen in the short-lived ABC drama series Threat Matrix. The series was canceled after one season after which Stern went on to star in another show, this time, the CBS post-apocalyptic action-drama series Jericho starring  Skeet Ulrich, Darby Stanchfield, and Kenneth Mitchell, among others.

She is also known for playing Megan Graves in the Showtime dark comedy series Weeds. Stern has also been a fixture of The CW dark fantasy drama series Supernatural as Eileen Leahy since debuting on the show's 11th season. She was written off relatively early on the 15th and final season of the popular CW show.

Shoshannah has been married for over eight years to her husband, Ricky Mitchell. They tied the knot on June 3, 2012, at a ceremony in Santa Fe, New Mexico. Shoshannah became a mother for the first time at age 35 when she gave birth to her and Mitchell's daughter, Mayim Helene Mitchell, on February 18, 2015. She resides with her husband and her daughter in Hollywood, California.

Shoshannah Stern is estimated to have a net worth of around $1 million. Her wealth is attributed to her career as a screen actress. Her income sources include salary from television and movie contracts, brand endorsements, and media and public appearances.