Darby Stanchfield is an American film and television actress most known for playing Helen Bishop in the AMC period drama Mad Men and Abby Whelan in the ABC political thriller Scandal.

How Old is Darby Stanchfield? What is her Height?

Her father, Paul Stanchfield, was a commercial fisherman in Alaska. When Darby came of age, she moved to Dutch Harbor in the Aleutian Islands, Alaska, before settling in Mercer Island, Washington. She attended the University of Puget Sound in Tacoma, Washington, where she majored in Communications and minored in theater, She graduated in 1993 and studied drama at the American Conservatory Theater in San Francisco, California.

Darby made her on-screen debut at the turn of the millennium and had a slew of small appearances in television shows such as Diagnosis Murder, Angel, That '80s Show, American Dreams, and Monk. 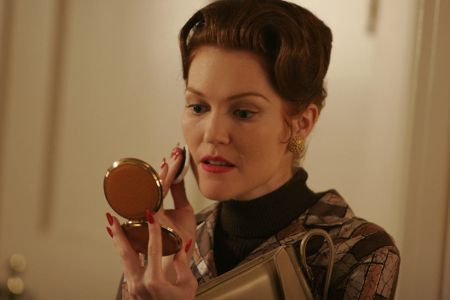 Besides that, she has had numerous appearances on shows like Without a Trace, 24, Bones, Exes & Ohs, Castle, CSI: NY, NCIS, How I Met Your Mother, Burn Notice, and Locke & Key.

She made her feature film debut in the 2004 adaptation of Oscar Wilde's 1890 novel, The Picture of Dorian Gray.  She has since appeared in numerous movies including Waitress, Serving Up Richard, The Square Root of 2, Carnage Park, Loserville, The Rendezvous, The Clinic, Justine, Stargirl, and Willie and Me.

Married since 2009 to Joseph Mark Gallegos

Despite being married since 2009, it didn't come out until late 2015 that the mystery man Darby Stanchfield was married to was Joseph Mark Gallegos -- the founder of the marketing and content agency, 101 North.  He was previously an executive at another marketing firm, Trailer Park, Inc. 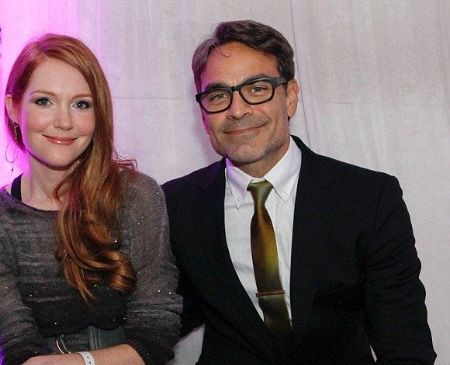 His firm specializes in developing content and marketing strategies for entertainment brands and he has conducted international campaigns for such blockbuster films as Jura s sic World, Interstellar, Guardians of the Galaxy, 21 Jump Street, Dawn of the Planet of the Apes, and Frozen.

According to celebritynetworth.com, Darby Stanchfield has a net worth of $4 million. Her wealth comes from her acting career as part of such TV shows like Angel, 24, Bones, General Hospital, Mad Men, NCIS, Scandal, and Locke & Key; and movies like The Picture of Dorian Gray, Serving Up Richard, Carnage Park, Justine, and Stargirl.