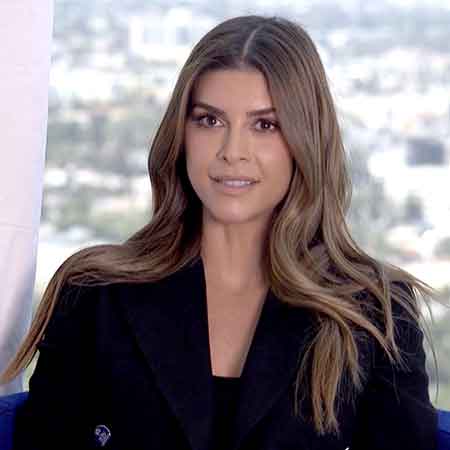 Shiva Safai is an Iranian model, television personality as well as an entrepreneur. She starred on  E!'s Second Wives Club and also did a cameo on The Real Housewives of Beverly Hills. She came to limelight after getting engaged to the millionaire and well-respected personality in real estate developer named Mohammad Hadid.

Shiva Safai was born on August 26, 1980, in Iran and was raised in Norway under the birth sign Virgo. At the age of 19, she moved to Los Angeles with her family.

She has two brothers named Shahin and Shayan. Both of them are fitness instructors.

Thank you mom and dad for my two blessings

Her brother Shahin is the Chief Executive Officer (CEO) of the popular Royal Personal Training. Safai is very close to both of them.

Shiva Safai is a model and has worked with several big fashion houses but the detail information about her modeling career is not revealed. As per the reports available, she struggled a lot during her early days in Los Angeles. Her life took a huge turn when she met now fiance Mohamed Hadid.

Hadid is a Jordanian-American real estate developer of Palestinian origin who is famous for building luxury hotels mainly in the Bel Air neighborhood of the city of LA and Beverly Hills in Los Angeles County, California.

Mohamed Hadid appeared on the TV Show named The Real Housewives of Beverly Hills as the former husband of Yolanda Hadid. He also appeared on Shahs of Sunset and in E! reality show, Second Wives Club with his fiancee Safai in the year 2017.

Safai is a successful entrepreneurship, model and reality Television actress have an estimated net worth of $10 million. Besides this, she also engaged in philanthropic work. She is involved in charitable runway shows and the Iranian MAHAK Charity which is an international NGO for children suffering from cancer.

On the other hand, her fiance is famous for being the owner of The Crescent Palace – a mansion in Beverly Hills worth $60 million. The 48,000 square foot mansion is located on an acre of one of the expensive places which include features like; a 3800 square foot roof garden, 11 bedrooms, an art gallery, a library,  and many more. He has an estimated net worth of $100 million as per The Richest and according to Celebrity Net Worth, his total income $400 million.

Talking about Shiva Safai's personal life she is engaged to Mohamed Hadid. She first met him at a restaurant in Beverly Hills. And for the couple, it was love at first sight.

After dating for few years, the pair engaged in 2014 and decided to start their life as a husband and wife. They share a very blissful relationship and is often spotted going on dates and spending quality time.

Prior to Safai, Hadid has been married twice. He divorced his first wife Mary Butler in 1992 with whom he has two children; daughters Marielle Hadid and Alana Hadid. He, later on, tied the knot to Dutch model and reality star, Yolanda Hadid. The former couple has three children: Gigi Hadid, Bella Hadid, and Anwar all of them are popular models.

Here's a video of Shiva Safai,