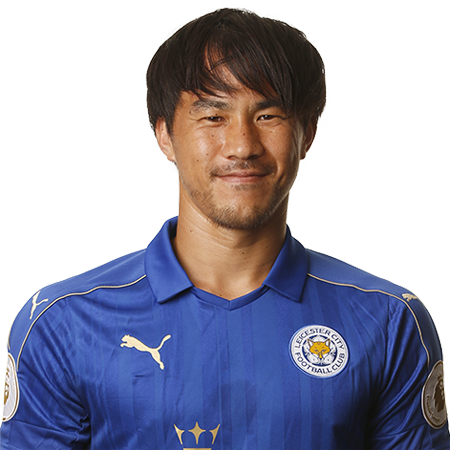 Shinji Okazaki is a Japanese football player currently for 1. FSV Mainz o5 of the German Bundesliga side. He plays as a forward for his Current Team and wears No.23 shirt.   He was born on 16 April 1986 in Hyogo, Japan.  He went to Takigawa Daini High School where he started his football youth career. Apart from his club, he is also a part of Japanese National Team as a forward.

In 2005, after graduating high school, Shinji was signed on full professional terms by Shimizu S-Pulse. He made his J. League debut in December 2005 in a match against Sancfrecce Hiroshima. He scored his first goal for the club on 15 April 15, 2007, against Kawasaki Frontale. His first season in Shimizu S-Pulse ended with 3 goals in 13 matches. During the 2008 J. League season, Shinji scored 1o goals in 27 matches.

He helped Shimizu S-Pulse get to the finals in J. League Cup. However, his team lost 2-0 in the finals to Oita Trinita. He was signed for three and half years by VFB Stuttgart of the German Bundesliga side in January 2011. Shinji made his debut for VFB at Benfica in a Europa League match. However, it was only on 20 February 2011 when he made his debut in Bundesliga for VFB against Bayer 04 Leverkusen. His first goal for VFB was scored against Hannover 96.

He scored a long range 90th-minute goal in Bundesliga against FC Schalke 04 which made their team win by the 3-0 score.  His goal in Bundesliga against Hannover 96 on 19 February 2012 was selected as Goal of the Month. His 2012-013 seasons in Bundesliga went poorly as he scored only once. He moved to 1. FSV Mainz 05 on 1 July 2013. Okazaki scored the first goal for his new club on the opening matchday of the 2013-14 Bundesliga season. The match was against his former club Stuttgart and Mainz won the match by the 3-2 win.

Shinji Okazaki’s international football career is impressive as well. He was in Japan’s Under-23 team at the 2008 Olympic Games held in China. He made his full swing debut for his Nation Japan in October 2008 against the United Arab Emirates. In the 2011 AFC Asian Cup qualifier, Shinji made his first goal for Samurai Blue. He has scored 35 international goals till June 2013 which makes him Japan’s fourth highest goal scorer ever.

Shinji's romantic life relating to his girlfriend or wife if married if completely out of the media's eye. He is good to look at the well-built player with a height of 1.74m and weight of 76 kg.