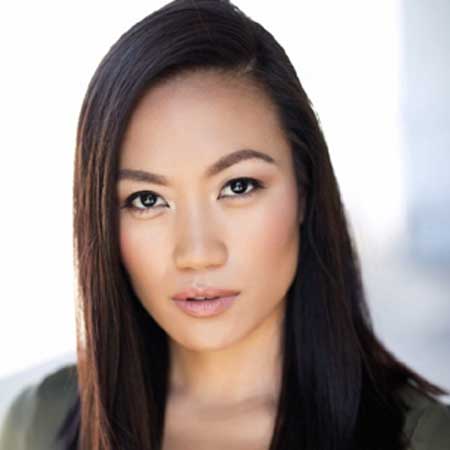 Sheena Reyes is an Australian writer, actress and a filmmaker most known for Just Dance, The Navigator, and Charlie Bonnet. She played the role of Carey Thompson on soap opera, Neighbours. Moreover, she appeared on several other shows including ABC’s The Beautiful Lie, In Your Dreams, Network Ten, Seven Network’s and Offspring Network Ten.

The talented actress was born on April 4, 1987, in Manila, Philippines.  She holds Filipino-Australian nationality and belongs to South East Asian ethnicity.

Reyes joined RMIT University and commenced her study in screenwriting. She was taught and mentored by Tim Ferguson.

Sheena Reyes is currently filming for the Australian TV series, Method which is in under post-production at this moment. She was keenly interested in media during her childhood which led her to become the popular actress in Australia. She is a Guinness World Record holder, she broke the record at Melbourne Grand Prix Circuit in Albert Park for putting on the Most Pairs of Under Pants in 60 seconds: 22 Pairs.

But she didn't stop there, Reyes broke her existing record on the set of Channel Seven's, The Morning show hosted by Larry Emdur and Kylie Gillies on 20 June 2011.

Reyes is a trained theater artist and dancer and has performed in theaters including the NIDA- The Actor's Program, hip-hop, and Jazz at Sidney Dance Company, Vic Youth Theater, TAFTA and Presenting at Bravo Studios. Besides this, she also facilitates acting and dance workshops for school-age children.

The proficient actress is pretty uptight in sharing her personal details to the outer world. She loves to keep her personal life private and out from medias. Currently, she is single and is not dating anyone. She is just concerned towards making her bright future. Reyes is still unmarried.

Sheena Reyes is living a luxurious life. Her net worth has not been revealed yet but as she has been involved in numerous shows, it is reported to be around $1 million.