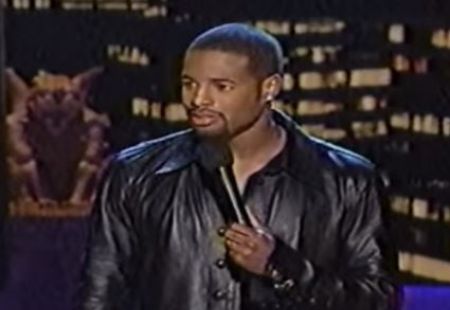 Born In Family Of Successful Comedians

Shawn Wayans' full name is Shawn Mathis Wayans. He was born on January 19, 1971, in New York City, the United States of America, under the zodiac sign Capricorn. His father, Howell Wayans is a supermarket manager while his mother, Elvira Wayans (Alethia) was a homemaker and social worker.

The 50-year-old along with his nine siblings were raised in the Fulton Houses, in Manhattan. Among them, his five brothers; Dwayne Wayans, Keenen Ivory Wayans, Damon Wayans, Kim Wayans, and Marlon Wayans are successful comedians of Hollywood. On the other hand, his other four siblings are Diedre Wayans, Elvira Wayans, Nadia Wayans, and Devonne Wayans. 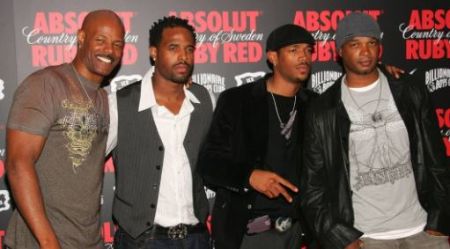 As far as his education is concerned, Shawn graduated from Bayard Rustin High School earning a humanities degree in 1989.

What Is Shawn Wayans Net Worth?

As per IMDb, Scary Movie writer has altogether 18 acting, 17 writing, 2 directing, and 10 producing credits under his name. Professional since 1988, Shawan Wayans has an estimated net worth of $30 million.

As per the report, Shawn's brother Keenen Ivory is the richest among the siblings with a $65 million fortune. Likewise, his other siblings, Marlon is worth $40 million, Damon has a wealth of $35 million, and Kim has a net worth of $8 million.

Debuted In The Industry With The Comedy Show 'In Living Color'

Immediately after high school graduation, Shawn made joined the hit sketch-comedy show, 'In Living Color' (1990–1994), and made his debut along with his siblings. The show directed by his brother Keenen ran from April 15, 1990, to May 19, 1994.

Later in 1996, he grabbed huge popularity after he along with his brother Marlon Wayans began his own comedy television series 'The Wayans Bros'. The main cast of the WB TV network autobiographical was John Witherspoon, Anna Maria Horsford, and Lela Rochon. 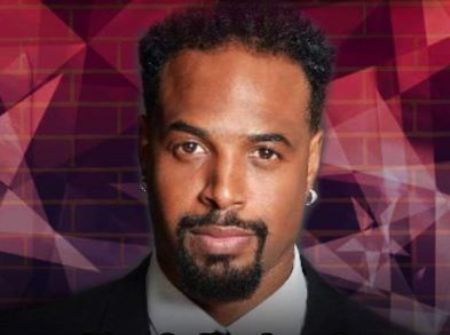 After that, the versatile figure played the role of Ray Wilkins in the Scary Movie alongside Anna Faris, Carmen Electra, Shannon Elizabeth, Cheri Oteri, and Regina Hall. In the film directed by his brother Keenen Ivory, he not only acted by also contributed as a writer and uncredited producer. The parody film made under the budget of $19 million became a big hit collecting $278 million at the box office.

Wayans is also a part of television shows like The Wayans Bros, Waynehead, The Parent 'Hood, Happily Ever After: Fairy Tales for Every Child, Thugaboo: Sneaker Madness, and Animals. Furthermore, his other big-screen credits include I'm Gonna Git You Sucka, Don't Be a Menace to South Central While Drinking Your Juice in the Hood, Scary Movie 2, White Chicks, Little Man, and Dance Flick.

Who Is Shawn Wayans Married To Now?

Dance Flick actor seems single at the moment. He was previously married to the former personal trainer Ursula Wayans (UrsulaAlberto). As per sources, the couple began dating in the late 1990s. Before marriage, the duo was blessed with their first child, Laila in 1991. 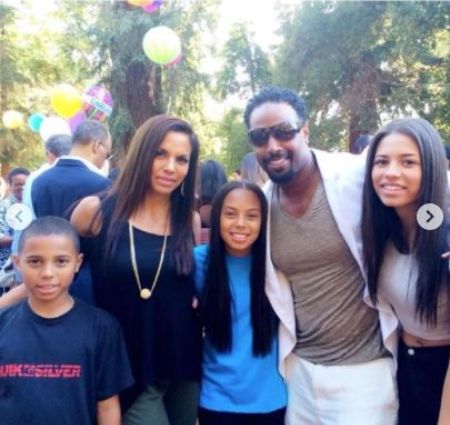 CAPTION: Shawn and his ex-wife Ursula with their children SOURCE: Instagram @ursulaalberto

Finally, in 2001, the pair exchanged wedding rings. Again, their other two kids; a daughter named Illia was born in 2002, and a son named Marlon Wayans Jr was born in 2004. Unfortunately, the parents of three children, Shawn and Ursula got divorced in 2008.