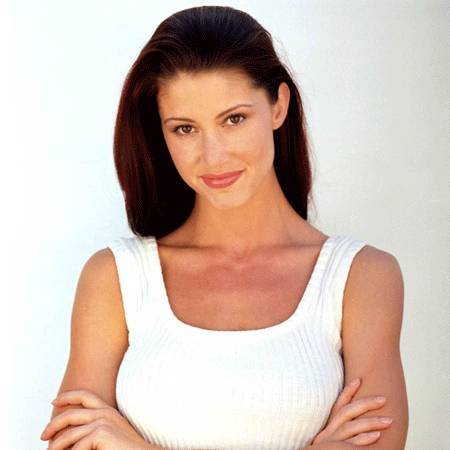 Shannon Elizabeth was born on September 7, 1973, and she is 43 years by now. Elizabeth’s birth place is Houston, Texas, United States and her birth name is Shannon Elizabeth Fadal. Elizabeth is the daughter of Patricia Diane Fadal and Gerald Edward Fadal.

Elizabeth was raised in Bellmead, Texas along with her family. Elizabeth’s nationality is American and her ethnicity is White. Her father is Syrian, Lebanese and Arabian descent and her mother belongs to English, German and Irish descent.

Elizabeth has made a remarkable presence in an American sitcom Cut where she played the role of Tiffany Sherwood from 2005-2006 and appeared in 31 episode of the show. Elizabeth has also shown her talents in several other television shows, Dancing with the Stars, What Not to Wear, Melissa & Joey,  and many others.

In 2004, she played the character of Chrishelle Rene Boudreau in an American comedy film Johnson Family Vacation. Elizabeth’s other remarkable movies are comedy-drama film A Novel Romance and American action crime drama film The Outsiders.

Shannon Elizabeth has been linked with many guys in the past but her current relationship status is supposed to be single. Elizabeth was married previously to Joseph D. Reitman on 5th June 2002 and was separated after a three-year relationship with her husband in March 2005.

Besides her marriage, she was linked with singer Enrique Iglesias from 2000 to 2001. She was also romantically linked with Mark Philippoussis for about a year. Elizabeth was also linked with Russell Simmons and Derek Hough.

Net Worth and Social Media:

Shannon Elizabeth has a net worth of nine million dollars. She stands 5 feet 9 inches tall with a perfectly maintained figure. Elizabeth has been active in several social networks including in Twitter and Instagram.