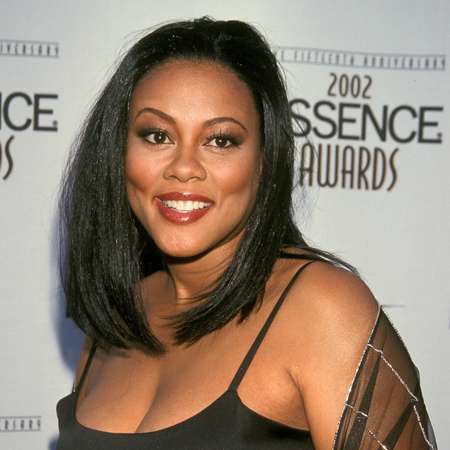 Lela Rochon was born in Los Angeles, California, United States. And this 52 years old actress was born in April 17, 1964 as Lela Rochon Staples. Lela was born as the daughter of mother Zelma Staples and father Samuel Staples. Her mother was a nurse practitioner and her father was a business owner and graphic artist. According to Lela's nationality she is American and she belongs to Haitian descent. And her star sign is Aries.

Lela Rochon made her first acting career debut from 1984 movie Breakin. Same year she also got a chance to be featured in Breakin' 2: Electric Boogaloo. In 1886 she got a chance to be featured in American comedy film Stewardess School. Lela appeared in couple of movies in the year 1987, which includes The Wild Pair and Into the Homeland. In 1995, she appeared in American romantic drama film Waiting to Exhale and for role of Robin Stokes in the movie she was nominated for MTV Movie Award and NAACP Image Award.

As Emira Eagle she appeared in American romantic drama film Why Do Fools Fall in Love in 1998. In the year 1999, Lela appeared in the movies Any Given Sunday as Vanessa Struthers and The Charlotte Austin Story as Charlotte Austin. Lela's other major movie appearances includes First Daughter, Brooklyn's Finest, Blood Done Sign My Name and many more.

Lela Rochon has also been popular for her career in televisions, where she has been mostly known for her role in The Wayans Bros as Lisa, The Division as Inspector Angela Reide and Reed Between the Lines as Sherri.

Lela Rochon's current relational status is married and she has been married twice in her life. Lela's sexual orientation is straight. Lela Rochon's was married for the first time to dancer Adolfo Quinones in 1982. And after five years of marriage they were separated after Quinones file a case for divorce. Later in 1987 they had divorced after five years marriage relationship.

After her divorce Lela was romantically linked with to Antoine Fuqua and they engaged after few years of dating. And she was married for the second time on April 9, 1999. Lela and her current husband have been together for about 17 years. Talking about her children, she has a son and a daughter with her current husband namely Brando born in May 2004 and daughter Asia Rochon Fuqua born on July 28, 2002. Lela previously had a son named Zachary from her previous relation.

Lela Rochon has maintained a net worth of around 3 million dollars. Lela has beautiful smile with charming face and her height is around 5 feet and inches. And her body measurement is 34-24-30.