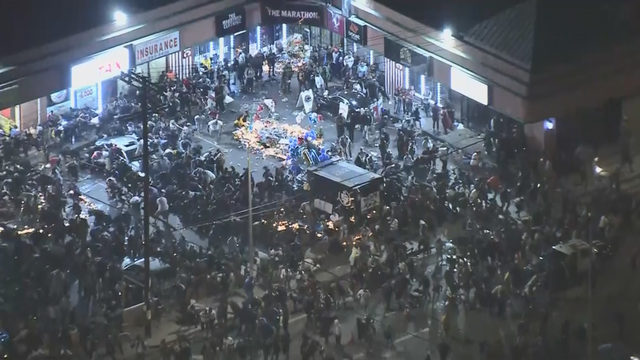 Several attendees of the Nipsey Hussle Memorial held on 2nd April 2019, have been reported to be injured.

Initially, there were reports that gunshots had been fired which caused the commotion.

However, the Los Angeles Department tweeted that those reports aren't accurate.

Our men and women are on scene and making every effort to protect everyone in attendance at the Nipsey Hussle vigil.

Reports of shots fired at the vigil do not appear to be accurate. We do have injured in the chaos and are attempting to restore order.

The memorial was conducted outside Nipsey Hussle's clothing store, The Marathon Clothing, and was attended by hundreds of memorial goers.

According to a statement given by LAPD's Josh Rubenstein to ABC7,

At some point things got a little chaotic, there may have been a fight that broke out in the crowd,

At present, it's quite unclear as to how many attendees got injured.

In the footage obtained by Los Angeles Times, one can see the crowd quickly scattering, leaving the police completely confused as to what caused the commotion.

In an interview with L.A. Times, an official from the Fire Department mentioned that one individual was stabbed and several others were injured after being trampled.

We had at least one patient in critical condition that was transported at the initiation of the incident, but I cannot confirm the type of injuries suffered at this point,

We have over 65 firefighters on scene.

Rapper Nipsey Hussle was shot dead on the 1st of April, 2019.

Police authorities recently claimed that they have received footage of a surveillance camera from an adjacent store that will help them identify the killer.