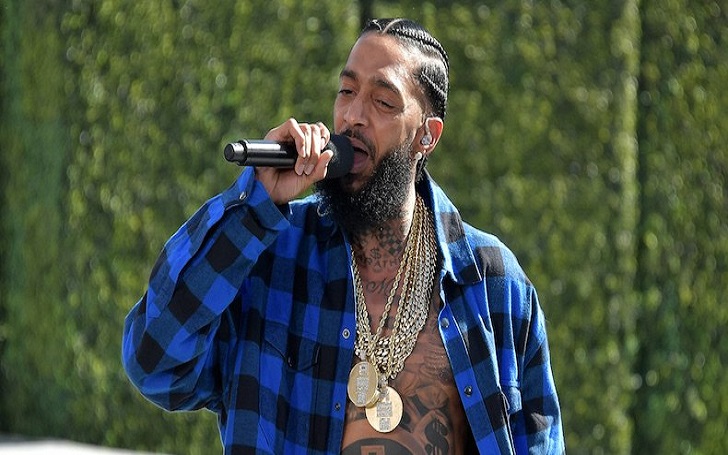 According to the police report, at about 3:25 a shooting took place outside the clothing store of the deceased rapper, Marathon Clothing, located on West Slauson Avenue.

In a statement given by the police,

We have no suspect info at this time and will provide more details as they become available,

According to L. A. Times, the deceased rapper was shot six times and was pronounced dead after his arrival to the hospital.

Two other people were shot in the firing.

Many musicians like Drake, Rihanna, and Jada Pinkett Smith have paid tribute to Nipsey Hussle.

Rihanna took it to Twitter, to mourn the loss of the rapper,

This doesn’t make any sense! My spirit is shaken by this! Dear God may His spirit Rest In Peace and May You grant divine comfort to all his loved ones!
I’m so sorry this happened to you @nipseyhussle pic.twitter.com/rKZ2agxm2a

Police have suggested that one of the suspects from the shootout fled in a car.

Prior to this, the rapper had made a small remark on Twitter,

Having strong enemies is a blessing.

Police have a reason to believe that the crime was gang-related.

The Grammy-nominated Rapper was born on 15 August 1985 and was 33 years of age at the time of his death.