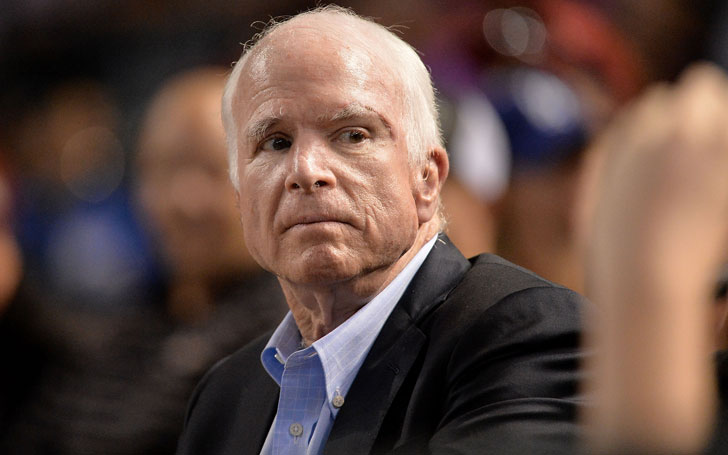 After being presented with the prestigious Liberty Medal by the National Constitution Center, McCain spoke about his 60-year long career in public service. He said he was so grateful to be a player in the extraordinary story of America. McCain emphasized that the United States is 'a land made of ideals, not blood and soil.' He added,

To fear the world we have organized and led for three-quarters of a century, to abandon the ideals we have advanced around the globe, to refuse the obligations of international leadership and our duty to remain 'the last, best hope of earth' for the sake of some half-baked, spurious nationalism cooked up by people who would rather find scapegoats than solve problems is as unpatriotic as an attachment to any other tired dogma of the past that Americans consigned to the ash heap of history.

After Sen. John received the award, the former President Obama congratulated him through a tweet.

I'm grateful to @SenJohnMcCain for his lifetime of service to our country. Congratulations, John, on receiving this year's Liberty Medal.

According to a Constitution Center's description  of the event, the veteran lawmaker was honored with the medal ''for his lifetime of sacrifice and service.''

McCain has served in both the US House of Representatives and the Senate since he was elected to Congress in 1982.