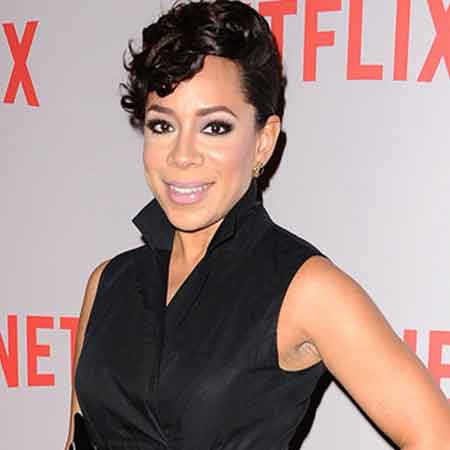 Cuban-born American actress, Selenis Leyva is known for her role Gloria Mendoza in American comedy-drama web television series, Orange Is the New Black. She is an Angel Amba s sador for Gabrielle's Angel Foundation for Cancer Research, and also an activist for LGBT rights and has a sister who is a transgender woman.

Selenis Leyva was born in Baracoa, Cuba on May 26, 1972, under the birth sign Gemini. She is an American-Cuban by her nationality and her ethnicity is unknown.

Leyva began her career after performing in various creations at Off-Broadway. She has been active in the television industry since 1999 and has done the lead role in several TV programs such as Third Watch, The Good Wife, Law & Order, Elementry, The Sopranos, Girls, and others.

She made her first debut in the motion picture, Debutante. She then starred in several movies, Maria Full of Grace, Sex and the City 2, Man in the Mirror, Spider-Man: Homecoming and many more.

As of 2018, she is portraying the character of Gloria Mendoza in American comedy-drama web television series, Orange Is the New Black alongside Taylor Schilling, Laura Prepon, Michael Harney, Michelle Hurst, and others. She also won Screen Actors Guild Award for Outstanding Performance by an Ensemble.

Selenis Leyva is one of the popular theater, film, as well as a television actress and has an estimated net worth of $1 million as of 2018 by celebrity net worth.

Moreover, she has been a part of a number of box-offices hit movies and some of them are enlisted below;

Selenis Leyva is a married woman, and also has a daughter, Alina. She has been incredibly quiet about her private life for a long time, so details regarding her husband and daughter are not revealed yet.