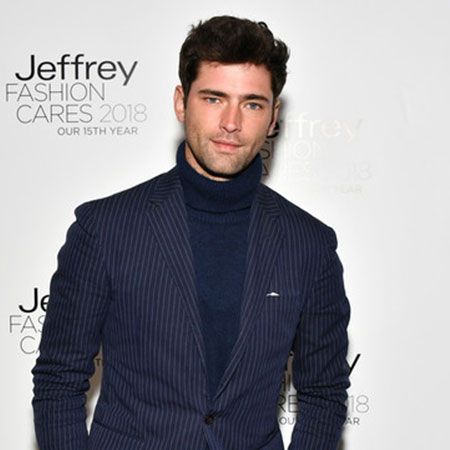 Sean Opry is an American male supermodel from Kennesaw, Georgia. He is one of the highest paid international models, and also named as the most successful male model in the world on Models.com's Top 50 list in 2013. Notably, he has worked with Calvin Klein, Armani, and other high-end brands.

Sean O'pry was born Sean Richard O'Pry on 5th July 1989, in Kennesaw Georgia, under the birth sign Cancer. Sean is the son of John O’Pry and Caran Padgett O’Pry.

O'pry grew up along with his two siblings Chris O'pry and Shannon O'pry. He went to the North Cobb High School, where he used to play basketball, baseball, and football.

Soon after completing his education, Sean O'pry started his modeling career after he was discovered by Nole Marin, founder of ‘AIM Model Management’. With the support of Nole, his modeling journey has been Spectacular.

Further, he has walked the ramp for Salvatore Ferragamo, Trussardi, Givenchy, and Moschino. He also deals with top fashion designers like Chanel, Louis Vuitton, Hermes, and Roberto Cavalli.

Along with this, O'pry was featured in Madonna’s sizzling video of Girl Gone Wild, and in the Taylor Swift’s music video of Blank Space.

Also, O'Pry was ranked in several categories of 'Super Men', 'Sexiest Men', and the 'Money Guys' by Models.com's in 2015, and was also ranked fifth on the 'Top 10 Male Models of All Time' in the same year.

Sean Opry is one of the most successful American male models who has appeared in various magazines as well as in advertisements. Also, he has amassed a decent amount of money from photo shoots, contracts, and brand endorsements.

As of 2019, he has an estimated net worth of $8 million, as per celebrity net worth. In 2013, Forbes named him one of the world's highest-earning male models with a total earning of $1.5m in a year.

Putting some lights on his personal life, Sean Opry is possibly living a single life at the moment. Previously, he was in a relationship with Romanian model, Diana Moldovan from 2009 to 2012.

Moreover, he also dated Chinese model, Ming Xi, for a year in 2012 and broke up in 2013. Apart from that, O'pry does not seem to have a relationship or affair with anyone.

Check out the short interview of Sean Opry