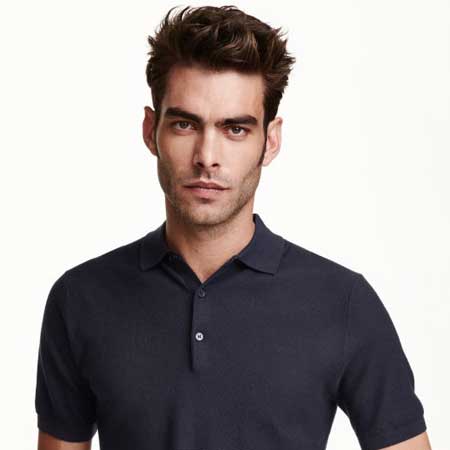 Jon Kortajarena is a Spanish model and actor, well known for his appearance in advertisements for H&M, ZARA, Guess and Tom Ford.

Kortajarena was born on 19 May 1985 in Bilbao, Basque Country Spain.  His mother is a hairdresser, and she often styles his hair.

Due to traveling, he went on enrolling in public, private and Catholic schools.

His career began during his vacation in Barcelona, Spain. Jon accompanied a friend who was invited to attend a fashion show. While he was there, a broker noticed him and persuaded him to let him into a fashion world.

His first professional work was in Cibeles fashion show for Roberto Verino. Jon had to leave his hometown to roll into the fashion industry in Paris.

In the year 2004, when he was at his age of eighteen, Jon became the face of Jus Cavalli for Roberto Cavalli's spring campaign which quickly started his career.

After his professional career had begun, in the year 2007, he signed with the GUESS? And renewed his contract again in 2008. Jon was featured on the cover of Spring/ Summer 2008 issue of L'Officel Hommes magazine with 200 pages.

When his breaking point came in 2010 with ad campaigns for H&M, True Trussardi, and Esprit, Jon modeled alongside Alexa Chung for Pepe Jeans fall/winter campaign.

Later in the year 2011, he was chosen as one of the models to start in Lacoste's $66 million new advertising concept under the new tagline. Jon was also chosen as the protagonist for the special video version of Roberti.

He also attended Cavalli Men's Spring, Summer 2012 runaway and opened the show.
The show was held at the Palazzo Serbelloni in Milan.

Talking about his personal life, Jon previously dated Luke Evans, who is a welsh actor. After some time, the couple got separated. He has not been involved in any kind of affair and has no girlfriend. He has not mentioned about his sexuality complications.

Recently, Luke and Jon were seen together as Luke posts the picture of his friend helping him to celebrate his birthday. They might get married soon.

Jon earns a decent amount of money from his modeling and acting career which adds up to his net worth in high about which is expected to be in millions. Fobes have included Jon in world's highest paid male models worthing $290k.Luke Evansd