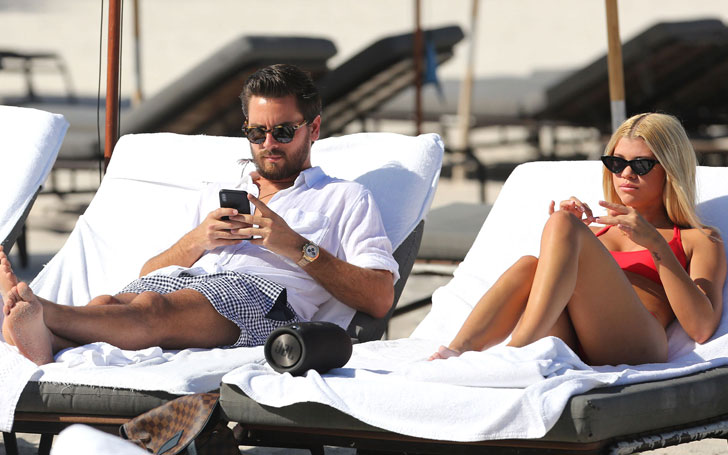 The 34-year-old former Keeping Up with the Kardashian star Disick was spotted with his new girlfriend, Sofia Richie for the first time in Miami Beach on Wednesday, December 6.

Scott Disick with his new girlfriend, Sofia Richie at Miami

The reality star was seen arm-in-arm with the 19-year-old model at an art exhibition by Alec Monopoly and David Yarrow. An onlooker told People that the couple was affectionate throughout the night, sharing cell phones and taking photos.

The onlooker added, Richie even put Disick's phone in his back pocket before she gave him a 'sweet kiss on his cheek.'

According to the US Magazine, Disick and the daughter of singer Lionel Richie, Sofia kept a low-profile throughout the night where they stayed at the event for about two and a half hour.

The lovebirds were seen relaxing together on the beach earlier in the day where Richie showed off her toned physique in a red bikini, while Disick wore a white button-down shirt and checkered shorts. 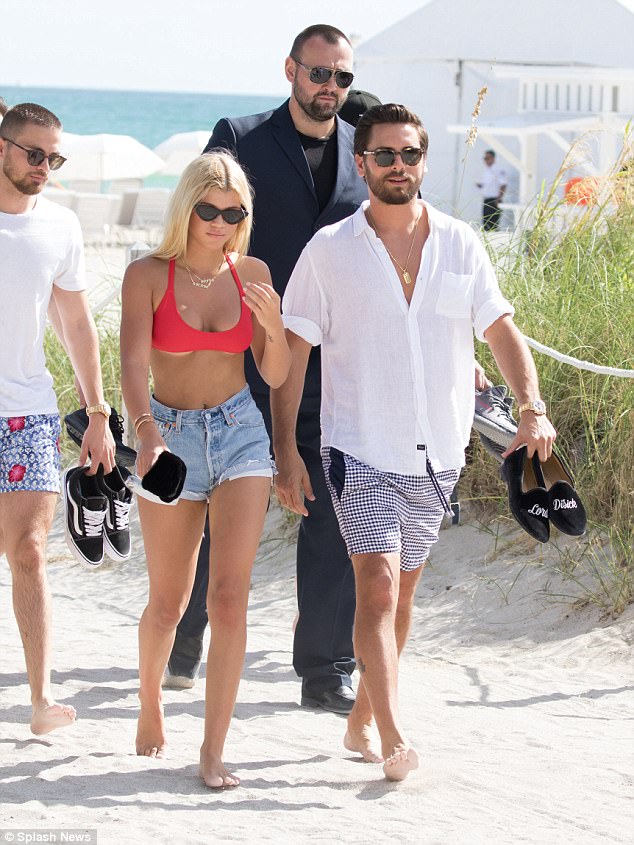 Sophia Richie in a red bikini on Miami Beach, with her beau Scott Disick (right)

Disick and Richie are speculated to be in the relationship since their romance rumor broke in September.

Before Disick started seeing Richie, he was in a relationship with Kourtney Kardashian for around a decade since 2005 while he has been on and off in the relationship from 2015. Disick also has three children, Mason Dash Disick, Penelope Scotland Disick, Reign Aston Disick with her.

The couple was rumored to back together in May 2017 but coming to the end of the year, they both are happy with their different relationship where Kourtney seems happy with her relationship with Younes Bendjima.