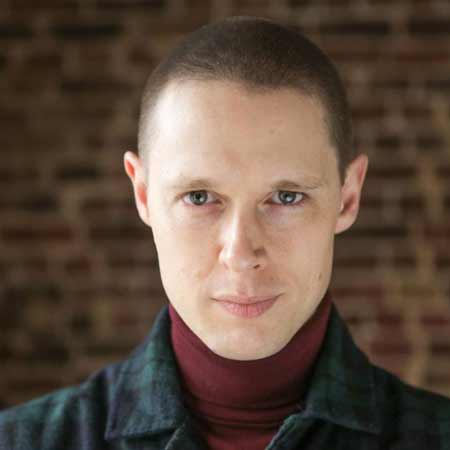 British Actor, Samuel Barnett is known for his work in the film and stage versions of The History Boys, as well as for his performances in the Globe Theatre (London) productions of Twelfth Night and Richard III.

Barnett won the 2006 Drama Desk Award for Outstanding Featured Actor in a Play for his work in The History Boys. He is openly Gay and has a boyfriend, theater director, Adam Penford.

Samuel Barnett was born on 25th April 1980 in Whitby, North Yorkshire, England. He belongs to Caucasian ethnicity and holds British nationality. Barnett and his four siblings were raised by Polish-Jewish descent father and Quaker mother.

Barnett went to London Academy of Music and Dramatic Art in 2001. During his early age, he was keenly interested in acting and began performing in Theaters at the age of 6.

Samuel Barnett started his professional acting career in 2001. He first appeared on screen in an episode of BBC's Coupling. After a year, he made his theater debut with a play entitled, The Accrington Pals.

He then appeared in Alan Bennett's play The History Boys in New York, Sydney, Wellington and Hong Kong. He also featured in the radio and film version of the play portraying the character Posner.

In 2004, Barnett joined BBC Radio and voice over for different shows including,  Down and Out in Paris and London, The Babington Plot, Translations, I, Claudius, Wuthering Heights and others.

In 2002, Samuel Barnett earned Evening Standard Award nomination in the category of  Most Promising Newcomer for his role in The Marriage of Figaro. He won Whatsonstage.com Theatregoers Choice Awards for The History Boys.

Barnett won Drama Desk Award along with Tony Award nomination for his work on the Broadway production in 2006. The same year, he received  British Independent Film Award for the film version of The History Boys.

Samuel Barnett earns a good amount of money from his career as an actor. As per some online sources, he has an estimated net worth not less than $1 million, however, the amount is still under review.

As per some online sources, the average salary for Broadway actor is $1,754 to $1,861. He has played several iconic roles in a number of movies, television series, as well as theaters.

Barnett’s movies which made a good collection at the box office include:

Samuel Barnett is openly gay. He is in a romantic relationship with his longtime boyfriend, Adam Penford who is a theater director. The duo first met in London during their professional work. After few meetings, they eventually fell in love. 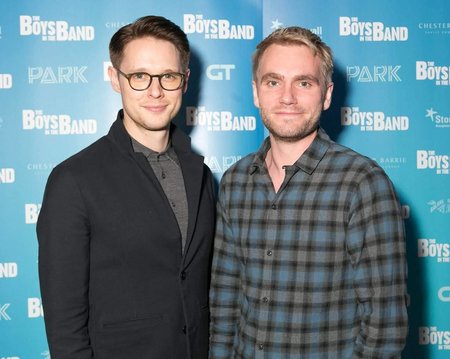 Barnett often expresses his love for Adam via his social site with sweet captions. The duo hasn't tied the knot but is living together in London.

Let's check out the interview of Samuel Barnett