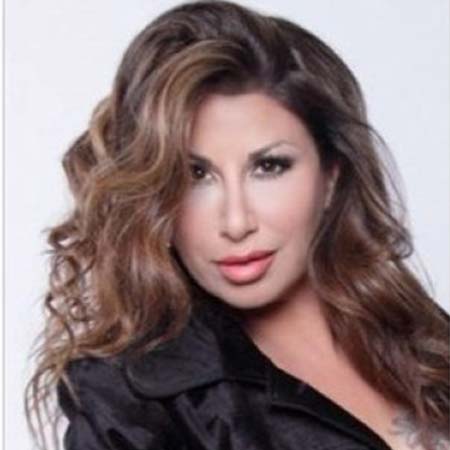 Incredibly multitalented, Samantha Marie Olit is a professional American musician called "Punk Rock Mother Teresa" who has helped many aspiring singers.  As a musician, she has contributed to the Freddie Way Project and also owns a record company "SAM Records".  Among people, she is also famous for being the former wife of late singer Chester Bennington.

Samantha Marie Olit was born on December 1st, 1971, in Detroit, Michigan. and was raised by an adoptive mother. Regarding her nationality, she is an American and belongs to a white ethnic group. She spent most of her early days in her hometown Detroit.

The information about her biological parents is yet to be disclosed. Furthermore, her educational background is also missing.

Professional Career As a Singer

Samantha Marie Olit recorded her first song at the age of seven when her mother was fighting with a life-threatening disease at the hospital. She recorded the song in the in-home studio of her neighbors. Whether it was a coincidence or a miracle, but her mother actually got better after hearing the song.

After that, she founded an independent label called "SAM Records." In 2012, Samantha started providing aspiring musicians with independent consultation services. Currently, she is working as a Certainlyher.com blogger which focuses on the betterment of women's life.

The beautiful singer and talent manager, Marie's exact net worth have not been revealed yet. However, she has been in a music career for over a decade, so she must have a net worth of around six digits. Some of the reliable sources has claimed her net worth to be $2 million.

An average salary of a musician is $58,352 per year.  She also makes good earning from her Instagram post where she has more than 13.9k followers for paid promotion. She is supposed to make around $9.15 - $152.5 per sponsored post as the information of Influencer Marketing Hub.

What Is Samantha's Relationship Status After Divorce With Husband Chester Bennington?

The American musician Samantha was married to Chester Bennington, best known for being the lead vocalist of the popular band Linkin Park. The couple first met in 1996 when he was performing with the Arizona-based band “Grey Daze”. They eventually started dating and got married on October 31st, 1996. 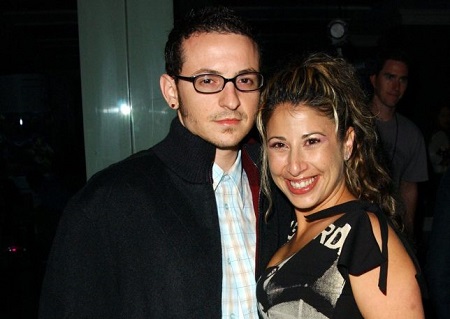 CAPTION: Samantha is an American musician who was once married to Linkin Park singer Chester Bennington. SOURCE: Metro

After six years of marriage, the pair welcomed their first child, a son Draven Sebastian Bennington born on April 2002.

Unfortunately, after almost ten years of marriage, the relationship of the couple unraveled and they divorced in 2005.

Sadly, Bennington committed suicide at the age of 41 by hanging himself on July 20, 2017.

Olit posted a long message on Facebook on Wednesday on Agust 23 when she and her son were not given an opportunity to talk at the funeral.

“Draven was never treated equally by T & never wanted to go there because of that… Oh thanks for not honoring the one wish my son had by sharing his prayer with his siblings & throwing the rose quarts (sic) into the ocean with him… it was disgusting delusional display on all people who spoke at the funeral & their characters.”

Previously, Samantha Marie was reported to be in a relationship with  A.J. Williamwood after her divorce. Also, she posted a picture with Williamwood on Instagram with the caption, but later she removed the post.

Loving sharing life with this man. we love each other on so many levels. The strength of our friendship will always be our foundation. I look forward to spending the rest of my life with you.

As of 2019, Samantha is possibly single. From the past many years, she has remained a low profile life. The musician currently resides in Los Angeles, California.