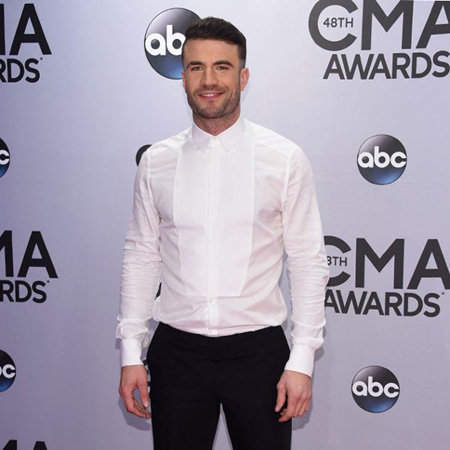 American singer and songwriter, Sam Hunt was a footballer at the initial phase of his career. Later, he pursued a career in music and gave some amazing songs and albums which were ranked on the US Billboard Chart. Moreover, he has been also nominated for several awards for his works. In 2014, he released his first studio album, Montevallo. As of 2018, he is working on his second studio album.

Sam Lowry Hunt was born Sam Lowry Hunt on 8th December 1984 in Cedartown, Georgia where he spent most of his childhood. His birth sign is Sagittarius. Hunt is American as per nationality and as far as his ethnicity is concerned, he is White.

Hunt is the son of Joan Hunt (a teacher) and Allen Hunt (an insurance agent). His parents raised him with his siblings, two brothers Van Hunt and Ben Hunt in Georgia.

Regarding his academics, Hunt attended Cedartown High School where he used to play football. He was then named Co-offensive Player of the Year 2002. He was selected for the Georgia Sportswriters AssociatiAll-State Class AAA First team as an all-purpose player. He was both interested in music and football.

Later, he played as a quarterback for two years at Middle Tennessee State University and another 2 years at UAB and majored in philosophy. He thought of pursuing a music career later in 2008 after dispatching himself from football.

Sam Hunt started his music career in 2012 when he co-wrote Kenny Chesney's hit, Come Over for which he received ASCAP Award. Moreover, he also wrote several singles like Cop Car by Keith Urban and We Are Tonight byBilly Currington.

In 2013, he released his first independent single  ‘Raised on it.’ The following year, Hunt signed a recording contract with MCA Nashville label. The same year, he released a four-song EP, X2C which hit #36 on US Billboard 200 and also hit #5 on the Billboard Top Country Albums chart.

On 16th June 2014, Hunt released the first single for MCA ‘Leave the Night on.’ He earned huge fame from the single. The single helped him to get nominated for several awards and won some of them as well. Later ‘Leave the night on’ also became a number one hit on Country Airplay.  In the United States, 1002000 of its copies were sold and the MC listed it at Gold whereas the RIAA certified it Platinum.

Finally, he released his debut studio album, Montevallo on 27th October 2014. The same year, he announced his first tour, Lipstick Graffiti. The ticket for his Lipstick Graffiti tour was sold very quickly.

Likewise, he went on to release other singles like Take your time, House party and more interesting music. He believes that his songwriting is highly influenced by country singer Brad Paisley. His songs revolve around R&B, Country and pop genre.

Since 2017, Hunt is working for his second studio album. He had already released two singles, Body Like a Back Road and Downtown's Dead.

Sam Hunt has been nominated for several awards and won some of them as well. Here is the list of his won awards:

Thank you BBMA’s. Janet Jackson was a highlight of my night. Back to Nashville for tour rehearsals

Sam Hunt's net worth is estimated to be nearly $2 million as per Celebrity Net Worth and his salary has been rising recently due to his popularity.

His album Montevallo debuted as number one in the Top Country Albums and at number 3 on the Billboard 200. It received the platinum certification by RIAA( Recording Industry Association of America). The album sold over 1 million copies in the US.

Here is the list of his several singles and mixtapes sold impressive units:

Besides, Hunt is also involved in several charity works.

The talented singer, Sam Hunt is a married man but has no children yet. He was in an on-off relationship his girlfriend turned wife, Hannah Lee Fowler for almost 10 years before getting married. Finally, on 15th April 2017, they tied the knot in Hunt's hometown Cedartown, Georgia attended by 150 people including families and friends.

Many of their closed ones wish them for their married life.

So happy for my sister and Sam. Go check out his amazing new song. (Link in bio)

Moreover, the couple somehow manages to keep their relationship under wrap. The couple attends several events and ceremony together but posts limited pictures on their social media.

Besides, there had been rumors that he had stolen the song ‘Cop Car’ that was sung by Keith Urban. He tweeted saying he had worked hard for it and much of it was based on his life. This created much controversy during the Grammys.

Hunt’s music career is gradually coming to arise as his music is being discovered by many and liked by thousands. Moreover, he can play the guitar as well as the piano.

Sam Hunt has a masculine and fit body as he regularly exercises and hits the gym. He stands at the height of 6 feet and 2 inches.  His lady fans adore him for his innocent face and masculine body with perfect body measurements. As of 2018, his age is 33.

Check out the facts about Sam Hunt: