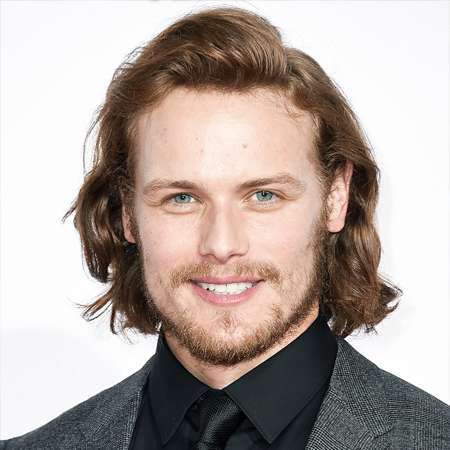 Sam Heughan, a Scottish actor, is best known for his appearance in the Starz hit series, Outlanderportraying the role, Jamie Fraser for which he received three nominations for the Saturn Awards. Similarly, following his performance in the play Outlying Islands at the Royal Court Theatre Upstairs he received a nomination for a Laurence Olivier Award for Most Promising Performer. Heughan has appeared in various popular movies and television series including The Vortex, First Light, When the Starlight Ends, Heart of Lightness, The Spy Who Dumped Me, A Princess for Christmas, and Any Human Heart.

Sam Heughan was born on 30 April 1980, in New Galloway, Dumfries & Galloway, Scotland to Scottish parents under the birth sign Taurus to Chrissie Heughan. Heughan holds a Scottish nationality belonging to the white ethnicity. Talking about his sibling, he has a brother named Cirdan Heughan.

Heughan then attended the Royal Scottish Academy of Music and Drama which is currently known as the Royal Conservatoire of Scotland in Glasgow and graduated in 2003. He was interested in acting since his early childhood and used to participate in dramas.

Heughan made his acting debut in the short film Small Moments in 2001. He has also been featured in many other movies like Young Alexander the Great (2010), Emulsion (2013), Heart of Lightness (2014).

Besides his film career, he has shown his presence on the Television screen. His debut television series was Island at War of 2004. In 2005 he was featured in River City, as Andrew Murray. He made his powerful presence in Midsomer Murders (2007), Doctors (2009).

Heughan was presented in the lead role in the drama series, Outlander in 2013. The series was based on historical time travel. He was cast alongside Catriona Balfe, Tobias Menzies, Graham McTavish, Lotte Verbeek, Duncan Lacroix, and Nell Hudson. He is highly appreciated for his work in Outlander and for his outstanding performance he has been nominated for several awards, including three Saturn Awards, Two People's Choice Awards, Critics' Choice Television Awards, Gold Derby TV Awards, and Two The Anglophile Channel Awards.

Heughan has also been featured in many TV films such as A Very British Sex Scandal (2007), Breaking the Mould: The Story of Penicillin (2009). Currently, he appears in the TV series Outlander.

Heughan is also involved in several charitable works. He was a supporter of Scottish independence during the Scottish independence referendum in 2014. Similarly, he became a patron for Youth Theatre Arts Scottland and supports its mission, "to transform lives through youth theatre by providing inspiring participatory opportunities for young people in Scotland".

He also supports Bloodwise since 2011 and took part in the Great North Run to raise the funds for the organization in 2016. He was named Barbour's first Global Brand Ambassador in 2016. Heughan also has his charitable foundation named My Peak Challenge.

Sam Heughan's Net Worth And Salary

Heughan has earned a huge amount of salary from his acting career. He has maintained a net worth of approximately $5 million.

He made all of his net worth from his career in acting. As per the cheatsheet, he makes $100,000 per episode from his appearance in the series Outlander. In one season there are 10 episodes, so he accumulated $1 million in each season.

His, The Spy Who Dumped Me was able to earn $75.3 million in the box office under the production budget of $40 million. In the movie, he has appeared alongside Mila Kunis, Kate Mckinnon, Sam Heughan.

Heughan has reached the age of 37 now. He currently resides in Balmaclellan, Dumfries & Galloway. He rose to fame after appearing in the Starz Hit series, Outlander.

Heughan has kept his personal life in mystery. He always answers regarding his personal life with great confusion that means he does not answer any of the questions. He may have had an affair with many women in his early life, but apparently, he seems o be single.

Heughan's sexuality seems to be straight and certainly; he might not be gay. Sam might be concentrating on his career than being in a relationship. He might also be looking for a perfect match.

Heughan is never married or divorced. He is also one of the sexiest men in Scotland he rules the heart of many female fans. Girls all over the world wish to be the girlfriend of this type of amazing guy. He is a great fan of music and sports. 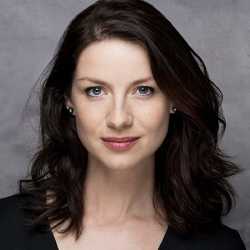