Sam Claflin and Laura Claflin's Married-Life Details- Get To Know their Relationship, Children and Family Better! 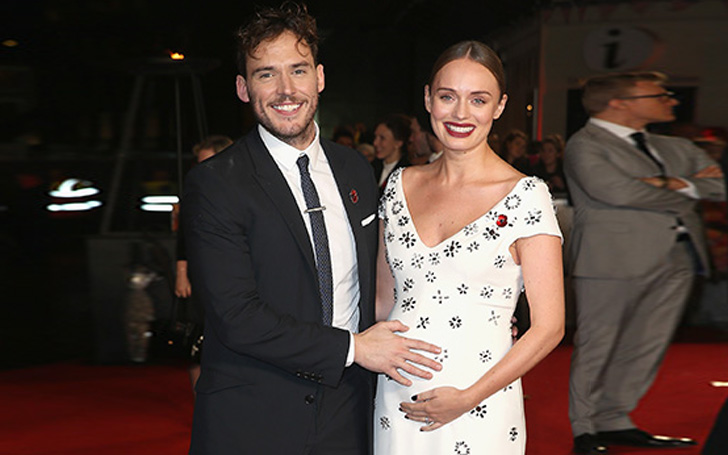 Me before you actor, Sam Claflin, and his “female-counterpart” ( that's what he calls her), i.e., his wife Laura Haddock are happily married. Their marriage, however, was a very low-key affair. And, if it weren't for Instagram, their marriage would have remained away from the media.

Sam Claflin and Da Vinci’s Demons star Laura Haddock who started dating in 2011 are have been married for four years now. We're discussing this adorable Hollywood couple's love life as well as their married life here!

Was It Love At First Sight For Sam Claflin and Laura Haddock?

Here's what the Hunger Games actor, Sam Claflin has to say about his first encounter with Laura Haddock:

I walked into an audition room, I saw her and I knew. I’m not kidding for the life of me. She was reading in for a part and it’s my fourth free call. I’ve done previously three auditions with this other girl reading and this girl walked in and I walked out the audition, couldn’t care less if I got the part

And it gets even more dramatic and romantic further! Let the man in love himself explain it to you:

They say what's meant to be will find its way, Sam Claflin seconds that saying. The same day he confessed his love for the mystery girl to his agent, he went to a party in East London, and guess what? Once he got to the subway doors to get down at his stop, he saw Haddock who was standing right there. Talk about fate!

Unfortunately, Laura didn't notice Claflin! But, he got lucky second time as well! He met Laura again, and long story short, they're married now. Sam Claflin and Laura Haddock married each other in 2013.

Claflin talked about marrying Laura in one of his interviews, saying:

Getting married was easily one of the greatest achievements of the past 12 months. To have a wife with such wondrous, creative imagination, who planned every inch of it, made the day all the more special. Every five seconds I find myself falling harder and deeper in love with her.?

Claflin and Laura's love-story is only getting better each day. The adorable duo welcomed their first child in 2015. No points for guessing, Claflin is an amazing father!

How Has Fatherhood Changed Sam Claflin?

Sam Claflin and Laura Haddock welcomed a baby boy in December 2015. In his interview with People, Sam said that fatherhood changed him more than anything in his life.

I always thought, naively, that I knew what it would be like, he said. I always thought that I'd understand. But when he was born, it's like another level of love. Of course, it's hard, but it's all worth it. The rewards are just endless. He's literally the best thing that's ever happened to me.

Sam Claflin and Laura Haddock are one of the perfect couples in Hollywood!