Roy Stewart Moore is an American politician and jurist who served as the Chief Justice of the Supreme Court of Alabama. He ran for the United States Senate special election in Alabama from Republican to replace Jeff Sessions. Moore lost the election with Democratic nominee Doug Jones.

Roy Moore was born Roy Stewart Moore on 11 February 1947 in Gadsden, Alabama. His father served in World War II and got married to his mother after he retired from the US Army. Moore born as the eldest among his parents five children. He has four siblings; two brothers and two sisters Joey Moore, Michael Moore, Toni Moore, and Nancy Moore. 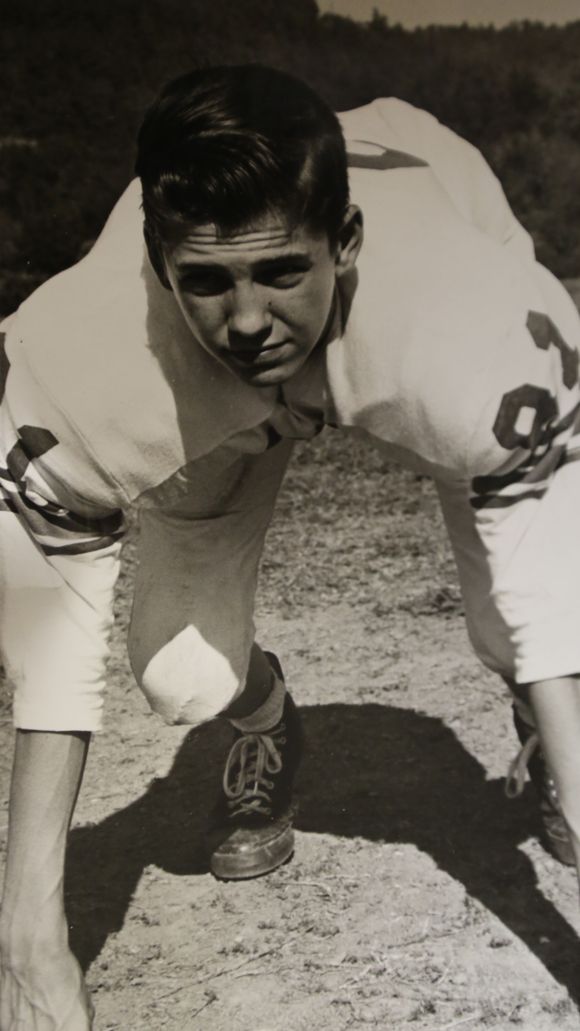 In 1954, his family migrated to Houston, Texas. After around four years, they came back to Alabama and then moved to Pennsylvania. Moore's dad worked in the Tennessee Valley Authority after his retirement from the US Army. Moore went to a local school in Gallant, where he completed his secondary education. Later he was transferred to the Etowah County High School for his last three years of graduation. He graduated from the high school in 1965.

In 1969, Moore received his undergraduate degree from the U.S. Military Academy at West Point with a Bachelor of Science certificate and in 1977, he graduated with a Juris Doctor degree from the University of Alabama School of Law.

Moore served as a prosecuting lawyer from 1977 to 1982. He worked in personal damage and protection cases. He worked in as a lawyer in private practice from 1984 to 1992. He ran and lost the 1986 election for the Etowah County's district prosecutor to Democrat Jimmy Hedgspeth. 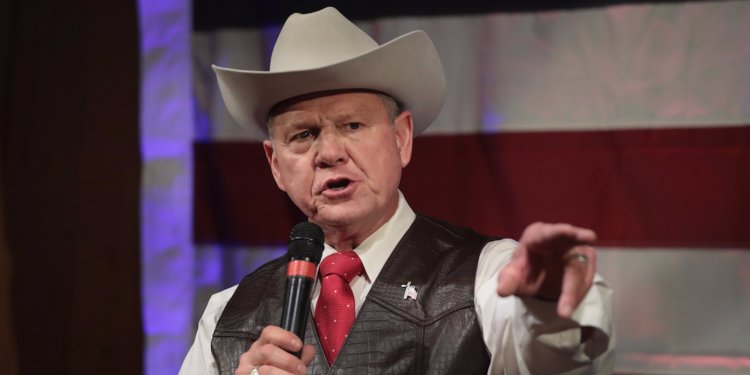 In 1992, Moore was elected as Judge for the Sixteenth Circuit Court of Alabama. He received 62% of the votes. He worked there from 1992 to 2000. Moore worked as Chief Justice of the Alabama Supreme Court from 2001 to 2003. He was expelled from office in November 2003 after failing to remove a monument of the Ten Commandments from the rotunda of the Alabama Judicial Building. 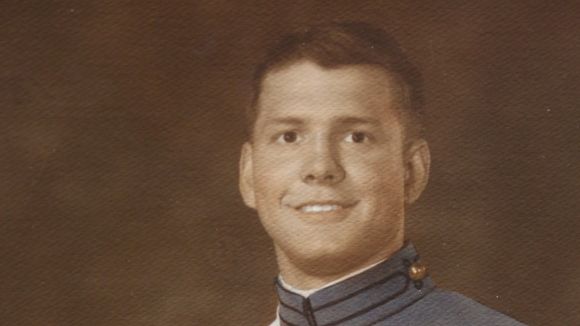 Moore ran for and lost the post of Governor of Alabama in 2006 and 2010. He worked as Chief Justice of the Supreme Court of Alabama from January 2013 until his resignation in April 2017.

Besides, Moore also put his step in several charitable works. He established a non-profit organization Foundation for Moral Law in January 2003 and served as a president for starting few years. The organization is a socially conservative and Christian right lawful advocacy group, situated in Montgomery, Alabama. Moore's wife Kayla is the current president of the organization. In 2005, Moore's Foundation For Moral Law received $1000 from a neo-nazi organization founded by Willis Carto.

According to celebrity net worth, Roy Moore has an estimated net worth of $2 million in 2018. As per the sources, he receives an annual pension of nearly $136,000 as the former judge since approved by the Retirement Systems of Alabama Board. Moore earned approximately $181,000 salary annually as the chief justice of the Alabama Supreme Court.

In October 2017, The Washington Post reported that he arranged an annual salary of $180,000 from the foundation, however, Moore claimed that he never used the organization to draw a regular salary.

Moreover, he was alleged to have accumulated $1 million from the foundation from 2007 to 2012. Even more, Moore's health-care benefits, travel expenses, and bodyguards expenses were paid by the foundation.

The Washington Post further reported that Moore was guaranteed to pay $498,000 back to IRS but he did not make the deal. According to tax experts, he owes more than $100,000 as federal tax.

On July 29, 2018, Moore appeared on CBS political satire series Who is America where he was interviewed by Sacha Baron Cohen. In the interview, Cohen demonstrated a device claiming it was capable of detecting pedophiles. During the conversation, the device appeared to identify Moore as a pedophile. After that, Moore left the show saying "I am simply cutting this conversation right now."

Months later in September 2018, Moore filed a case against Sacha Baron Cohen and the showtime for $95million, claiming defamation, fraud and intentional infliction of emotional distress.

Roy Moore has been married to Kayla Kisor since 1985; who is the president of the Foundation of the Moral Law. Moore saw his future wife for the first time when she was a teen. At that time, she performed a dance in a recital. 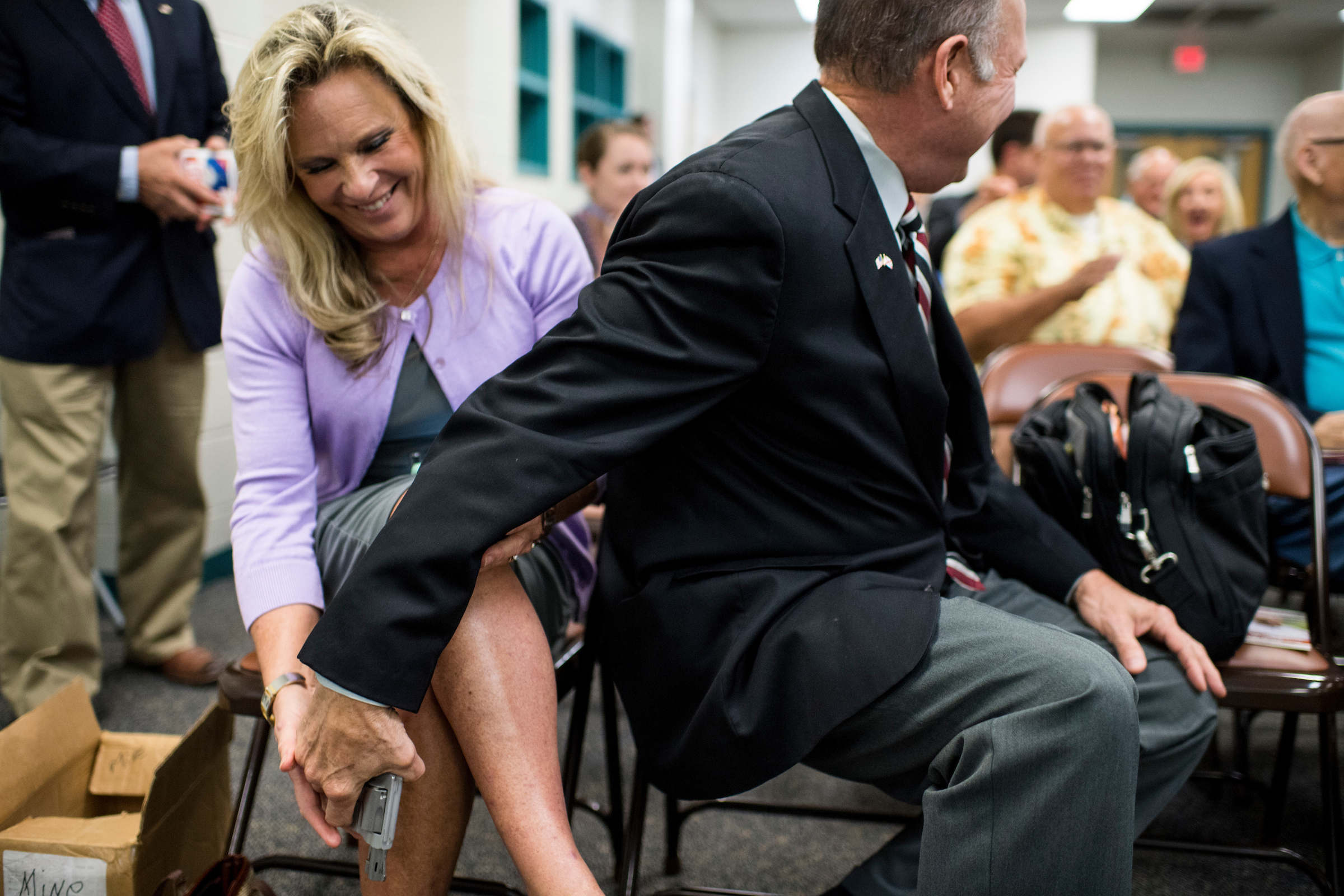 Moore and Kayla Kisor Heald met again at a Christmas party in 1984. She was then a mother of a child and was living separately from her first husband. On December 28, 1984, Moore filed for divorce from her husband and the divorce was finalized on April 19, 1985. Roy Moore and Kayla started dating after her separation and on December 14, 1985, Moore and Kayla got married. Roy Moore has four grown children together with his wife; Caleb Moore, Heather Moore, Ory Moore, and Micah Moore.

Read More About:Five Sisters Talk About Their Experience Of Sexual Assault From A Pennsylvania Priest

The former US Senate candidate and a former Chief Justice of the Supreme Court of Alabama, Moore was accused of sexual misconduct by a woman named Leigh Corfman on November 9, 2017's Washington Post account. She claimed that she had a sexual relationship with him in 1979 when he was 32 and she was 14. The allegation was followed by three other women who came forward with their stories.

On November 10, Moore accepted the fact that he remembered knowing Debbie Wesson Gibson and Gloria Thacker Deason but he did not remember the date of having affairs with them. Moore denied those allegations made by Leigh Corfman (then 14), Beverly Young Nelson (then 16), and Tina Johnson (then 28) saying he never dated any teenage girls when he was in the 30s.

Those allegations were made when Moore was the Republican candidate for U.S. Senate in a special election which was going to held on 12th December 2017. It was not possible to remove his name from the ballot. However, some of the  Prominent Republicans and religious leaders called for Moore's dropout from the election. He was also asked to abandon his campaign for the election. But he denied the allegations and President Donald Trump accepted his denials.

He was also defended by the Alabama Republicans. He again started to receive the monetary help for the campaign from the  Republican National Committee. He lost the election to his opponent Doug Jones.