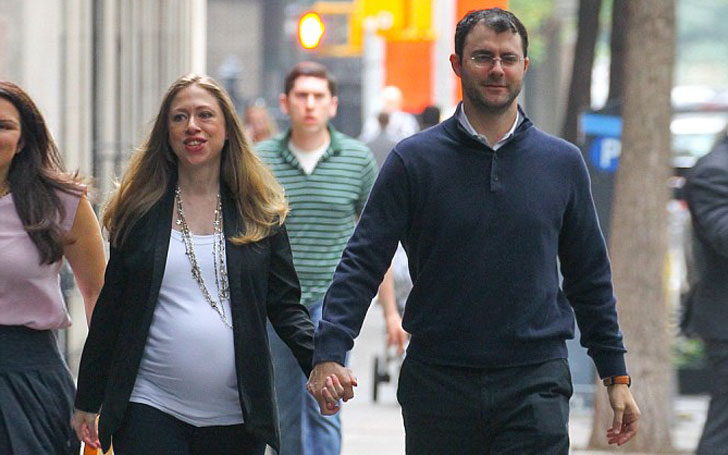 The only child of the former US President and 2016 presidential candidate Hillary Clinton, Chelsea has also worked as a correspondent for NBC News. She also currently plays a prominent role at the Clinton Foundation.

Chelsea Clinton and Marc Mezvinsky are one happily married democratic couple. Already married for seven years, this couple has managed to stay away from controversies. However, Chelsea individually keeps on getting dragged in many controversies, especially through President Trump.

These two are married for around seven years but before they started their life as husband and wife, they dated each other for over three years. They first met each other in Washington DC and became close friends as they both attended Stanford University.

Chelsea Clinton began dating Marc  Mezvinski in 2005 and they continued dating for years before getting engaged on November 24, 2009. After their engagement, they released a Thanksgiving email on 27th July 2009 where they said:

We’re sorry for the mass e-mail but we wanted to wish everyone a belated Happy Thanksgiving! We also wanted to share that we are engaged!

Eight months later, on July 31st July 2010, Chelsea Clinton and Marc Mezvinsky tied the knot. Over 400 guests including their family members and friends attended the marriage ceremony, organized at Rhinebeck, New York where the couple said ‘I do.’

The newlywed couple spent their first three years in New York City’s Gramercy Park neighborhood, later they shifted to a condominium in the Nomad area of Manhattan; they bought for $10.5 million.

Having children in a married relationship strengthens the relationship, we believe this and it is working for them too. The couple has two children in their seven-year-long married life. Their first child, a daughter Charlotte Clinton Mezvinsky was born four years after their marriage in September 2014.

Chelsea Clinton and her husband Marc Mazvinsky with their daughter Charlotte

They celebrated their parenthood for the second time two years after they welcomed their first child, a daughter. Their second child is a boy named Aidan Clinton Mezvinsky. Aidan was born in June 2016. Shortly after their second child, they shifted to their new residence in Flatiron District.