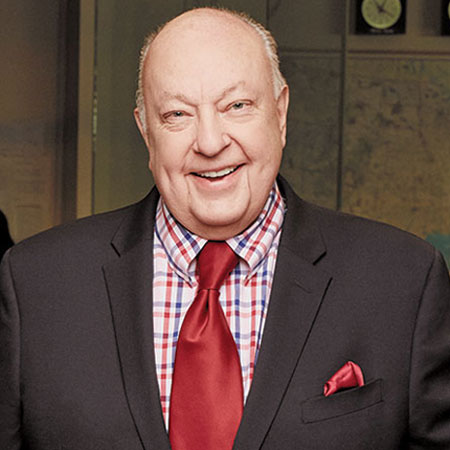 Roger Eugene Ailes is an American media consultant and television executive. He is the founder and former chairman and CEO of Fox News and Fox Television Stations.

Roger Ailes was born on May 15, 1940, in Warren, Ohio, United States. He grew up in the factory town of Warren, US. He went to Warren city schools, he made it to Warren High School’s Distinguished Alumni Hall of Fame. Due to hemophilia, Ailes used to be often hospitalized

He then attended Ohio University in Athens, Ohio, where he served as the student station manager for WOUB for two years, before graduating with a bachelor degree.

His father, Robert Eugene is a factory maintenance foreman whereas his mother is a housewife.

Roger Ailes' professional television career began in Cleveland and Philadelphia, where he served as Property Assistant, Producer and Executive Producer for KYW-TV. He also produced a talk-variety show, The Mike Douglas Show. Roger worked on the campaign to re-elect Ronald Reagan in 1984. He was also credited with guiding George H.W. Bush to victory in the Republican primaries.

In 1988, Roger Ailes wrote a book along with Jon Kraushar, called You Are the Message: Secrets of the Master Communicators. There he discusses some of his philosophies and strategies for successful performance in the public eye.

Later, on October 7, 1996, Ailes became the founder and CEO of Fox News. On August 15, 2005, Roger was named Chairman of the Fox Television Station Group after the departure of Lachlan Murdoch from News Corporation.

Because of many cases of sexual harassment allegations against him, Roger Ailes had to resign as the CEO and Chairman of Fox News on July 21 under an exit agreement that granted him $40 million.

Roger Ailes has more than 50 cases of sexual abuse against him. In 2014 Gabriel Sherman accused Ailes of offering a TV producer raise on the conditions that she slept with him. Former Fox News anchor Gretchen Carlson filed a sexual harassment case against Roger Ailes in 2016.

Roger Ailes is currently married to Elizabeth Tilson who is his third wife. The couple got married On February 14, 1988. She is the former television executive and is also the owner and publisher of local New York State newspapers. The couple has one child, a son.

Roger Ailes have had many accusations of sexual abuse over the years, it is likely he had extramarital affairs as well. He currently lives in Cresskill, New Jersey with his third wife and his one son.Sources revealed that he had been married twice previously, and twice divorced.

He is a longtime friend of media personality, Barbara Walters.

Roger Ailes is the founder and former chairman and CEO of Fox News and Fox Television Stations Group, his estimated net worth is $100 million. He is involved in various charities, Roger Ailes has made donations to Ohio State University and even runs scholarships there.