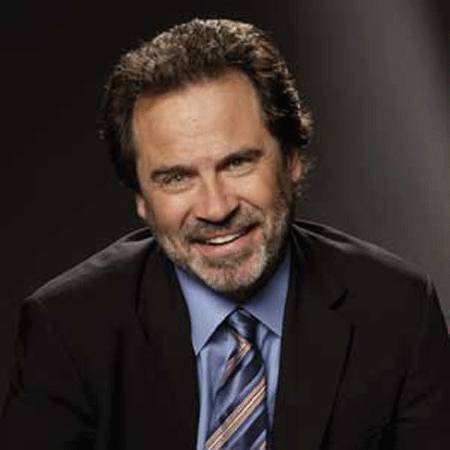 Primetime Emmy Award winner, Dennis Muller is a very popular American comedian. He is known for his critical assessments in the idiosyncratic verbal style of deliverance. He is in 21st position on Comedy Central’s 100 greatest stands up comedians of all time.

Born on November 3, 1953, in Pittsburgh, Pennsylvania, United States, Dennis Muller is an American National. His parents were separated when he was very young. His mother raised him as a single parent in the suburb of Castle Shannon. He is of Scottish descent.  Dennis started being interested in comedy seeing Jonathan Winters and Tin Conway as he grew up. The comedian has a younger brother named Jimmy Miller who has worked as a manager for popular comedians such as Jim Carrey, Will Ferrell, Judd Apatow and Sacha Baron Cohen.

Following the early life of Dennis Miller, he went to Saint Anne School and Keystone Oaks High School graduating in 1971. He then went to Point Park University and graduated in 1976 with a degree in journalism. While at the University, he was a member of Sigma Tau Gamma Fraternity. Being a graduate in journalism, no doubt, he is a skilled writer which is proved by his runner-up victory in Playboy magazine’s first annual humor competition. Dennis won $500 in the competition with the joke:

Dennis Miller started his television career in the early 1980s as a host for KDKA-TV’s Punch Line. His big break on television came in 1985 after being discovered by Lorne Michaels at The Comedy Story. He began to serve on America’s most viewed program Saturday Night Live as the Weekend Update anchor.

After departing from SNL in 1992, Dennis Miller launched his late-night TV talk Show, The Dennis Miller Show, which was canceled after seven months of its launch. He has hosted several other shows including Dennis Miller Live, Monday Night Football, CNBC’s Dennis Miller and Hannity and Colmes. He also has appeared in several of the commercials and programs as the guest in the show.

Dennis Miller is an active person. He is not just limited in television arena rather in radio and also in print media. He is estimated to have around 2,250,000 weekly listeners as of 2011 by Talkers Magazine. He started his radio career in 2007 signing a contract with Westwood One for a weekday three-hour talk radio program, The Dennis Miller Show.  The program ended on February 27, 2015.

Dennis Miller is a stand-up comedian and periodically performs stand-up. He is known for his laid-back style and brooding sense of humor. He uses rants in his comedy which is a stream-of-consciousness monolog. Dennis is an author of four books which he wrote on his stand-up comedy and television monologs. He has also appeared in several movies in comic as well as non-comic roles.

Dennis Miller is the winner of Primetime Emmy Award for Outstanding Writing-Variety Series for three times in 1995, 1996 and 1998. In 1996, he also won the Emmy for Outstanding Comedy- Variety or Music Program. He has also won the WGA Award for four times and has been nominated for several other awards.  He is a very talented comedian. He has not disappointed his audiences till date since his debut in 1978. Dennis receives a handsome salary from his employer and has the net worth of around $20 million.

Sixty-three years old Dennis Miller is a married man. He has spent almost three decades of the blissful married life. He is married to the love of his life, his long-time girlfriend, a former Canadian model, Carolyn”Ali” Easley on 1988. The couple is blessed with two children, two sons, named Holden born on 1990 and Marlon born on 1993. The happy family is living in Santa Barbara, California.